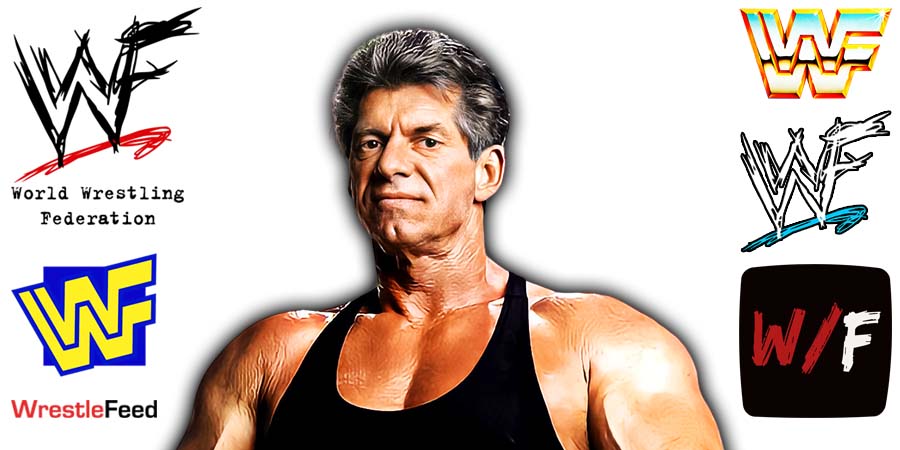 The word ‘Retirement’ having a different meaning in the sport of professional wrestling is pretty much common knowledge by now.

The best example (or one of the best if we consider Terry Funk’s several retirements) was seen last night, when WWF/NWA/WCW Legend ‘The Nature Boy’ Ric Flair wrestled his ‘Last Match’ on July 31st 2022, after he had already officially retired more than 14 years earlier at WrestleMania 24 in 2008.

Another example of the old saying ‘Never Say Never’ was fellow WWF Legend Shawn Michaels, who always claimed he’d never wrestle again after he retired at WrestleMania 26 in 2010, but ended up returning to the ring for another match at Crown Jewel 2018 in Saudi Arabia.

So with all that in mind, the question about the longevity of Vince McMahon’s recent retirement is all too justified.

On the latest episode of his weekly ‘Hall of Fame’ podcast, WCW Legend Booker T spoke about the possibility of Vince returning to the promotion he ran from 1982 until 2022.

I wouldn’t be shocked at all because he’s an attraction. I could see Vince back in some capacity.

A lot of these guys are used to dealing with Mr. McMahon directly, and there’s a certain comfort there that these guys have with Vince.

They can knock on that door, go in there, and they can actually have a conversation with him and get that wisdom, that advice from Vince.

I’m going to tell you right now, a lot of guys cherish that. A lot of guys went through their whole careers having Vince be that umbrella.”

This episode was pre-taped at the U.S. Airways Center in Phoenix, Arizona and featured matches & storyline segments on the road to the ‘WWE SummerSlam 2007’ PPV.