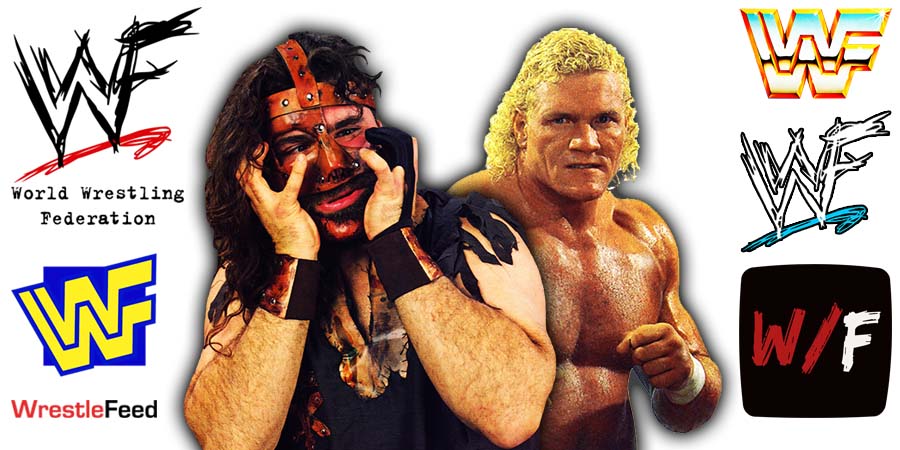 On the latest episode of his new weekly ‘Foley Is Pod’ podcast, WWF Legend Mick Foley spoke about the rumor that WWF World Heavyweight Champion Sycho Sid accidentally sh*t himself in the ring during the WrestleMania 13 main event against The Undertaker.

It should be noted that this story is just an urban legend, and the actual rumor (whether it happened or not) was said to have taken place during a house show match between Sid and The Undertaker, as opposed to their famous 1997 WrestleMania main event.

Here’s what the former Mankind/Cactus Jack/Dude Love had to say:

That’s just an exertion, should be there trying to do your best and empty your bowels before any match, nature calls and sometimes, oof there’s a lot of exertion.

As a guy who’s been backdropped on the floor, there’s no shame, no shame in that.

That’s not something you do to impress the boys.”

In 2013, a similar accident happened to CM Punk, who confirmed on Twitter back then that he “sh*t (his) britches” during an episode of SmackDown.

This episode featured matches, highlight videos & storyline segments on the road to the ‘WWF In Your House 2: The Lumberjacks’ PPV.

Hunter Hearst Helmsley vs. Duke The Dumpster Droese (From Superstars)

In Your House Report

Highlights Of The Allied Powers vs. Tatanka & Henry Godwinn (From Last Weeks Raw)