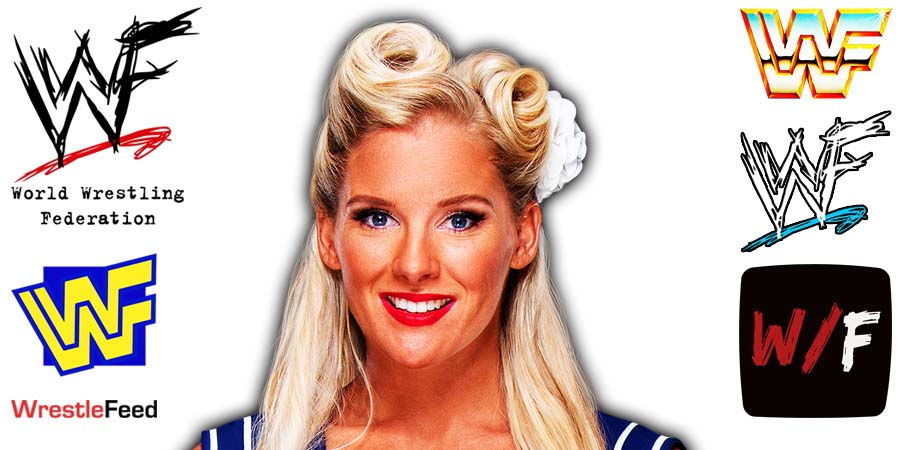 Lacey Evans has been off WWE programming since February 2021, due to her real-life pregnancy.

She gave birth a few months back and is currently training for her in-ring return.

“Where the heck is @LaceyEvansWWE?? I really miss watching her on TV. One of the most entertaining female wrestlers I’ve ever seen. Hope the WWE gives her a good push when she returns! #itstrue”

Lacey saw Angle’s tweet and posted a workout video of her with the following caption:

Lacey Evans was scheduled to win the RAW Women’s Championship prior to her hiatus.

– The Bushwhackers vs. The Brooklyn Brawler & Mike Justin

– Koko B. Ware vs. Kerry Booth

– The Hart Foundation vs. Powers Of Pain