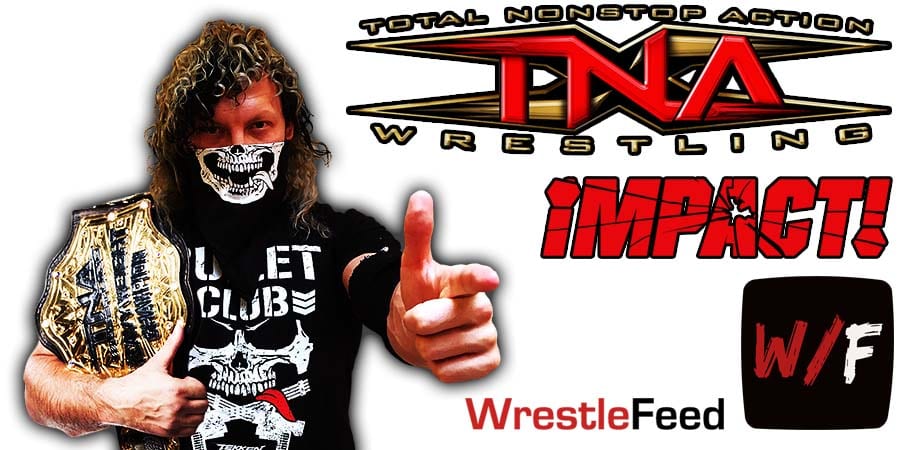 • Impact Wrestling Against All Odds 2021 Results

Below are the complete results from tonight’s Impact Wrestling’s Against All Odds 2021 pay-per-view:

– Petey Williams vs. Trey Miguel vs. Ace Austin vs. Chris Bey vs. Rohit Raju ended in a no contest after Madman Fulton interfered and took out everyone besides Ace (#1 contender for the Impact X Division Championship was set to be determined with this match)

– Tenille Dashwood (with Kaleb with a K) def. Jordynne Grace (with Rachael Ellering)

– AEW World Champion Kenny Omega (c) def. Moose to retain the Impact World Championship (Omega won the match after some help from The Young Bucks. After the match, Sami Callihan invaded Daily’s Place and attacked The Elite with his Bat. Don Callis told Sami to stop and think about his future or else. Sami ignored Don and kept attacking Omega. Don tells Sami he’s fired)

After starting as an enhancement talent, doing jobs on WWF & WCW TV, Jerry Lynn eventually made a name for himself in Paul Heyman’s Extreme Championship promotion, where he had a memorable rivalry with Rob Van Dam, before joining the WWF main roster in 2001, where he became the Light Heavyweight Champion.

The last time we saw him on a major TV show, was a few years ago on TNA iMPACT.