On this day in Pro Wrestling history on February 18, 1985, the World Wrestling Federation held ‘WWF The War To Settle The Score’ at the world famous Madison Square Garden in New York City, New York.

Only the Hogan/Piper main event for the World title aired on MTV, while the rest of the card were basically dark matches.

This was the event that was used to build up the storylines for the very first WrestleMania, that happened a little over a month later.

As seen at last night’s Elimination Chamber 2019 PPV, RAW Women’s Champion Ronda Rousey was accidentally hit in the head with a crutch by Becky Lynch and Ronda was busted open. 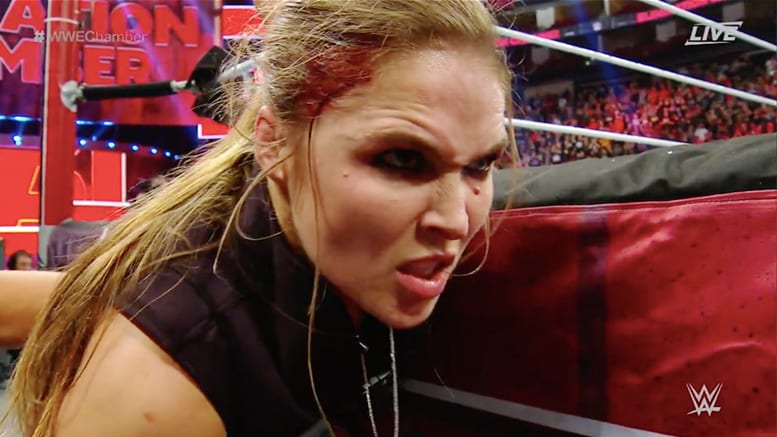 According to the Wrestling Observer, Rousey was evaluated for a concussion backstage and she’s doing fine.

On the other hand, it was noted that former WWE Champion AJ Styles looked hurt while working the Elimination Chamber match.

There were rumors that Styles has hernia, but he dismissed those reports on Twitter.