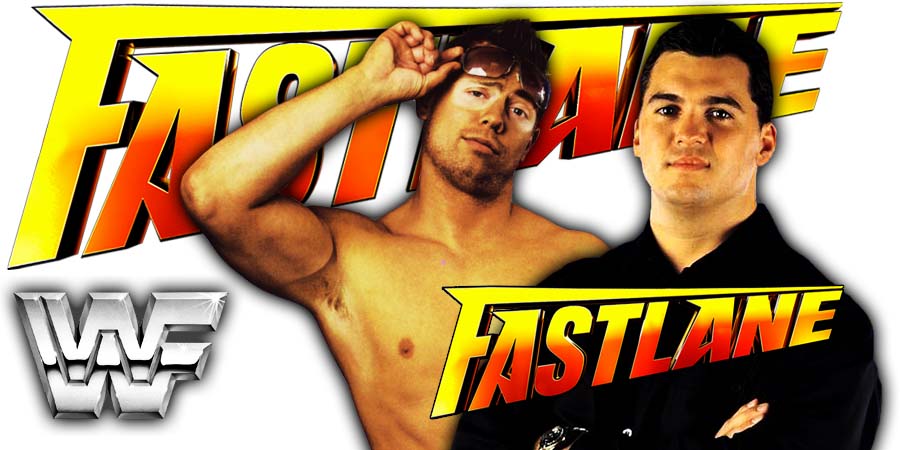 At tonight’s FastLane 2019 PPV, The Usos will defend the SmackDown Tag Team Titles against former champions, Shane McMahon & The Miz.

According to The Dirty Sheets, the original plan for this match is to have The Usos retain their Titles and have Shane O’Mac turn heel on The Miz in Miz’s hometown. This would then lead to a singles match between Shane McMahon & The Miz at WrestleMania 35.

However, Vince McMahon began questioning this plan a few weeks back. While Vince is in favor of The Miz turning babyface, he’s doesn’t like the idea of Shane turning heel and doesn’t believe fans will cheer for The Miz over Shane O’Mac.

On the other hand, Shane has requested a heel turn for himself as he’s very interested in doing that.

A plan was suggested to Vince where Shane & Miz would recapture the SmackDown Tag Team Titles and move forward as a babyface tag team into WrestleMania 35, but Vince doesn’t believe a Tag Team Title match is a marketable WrestleMania match.

Vince wants both Shane & Miz in key WrestleMania spots and still wants to do Shane McMahon vs. The Miz.

Vince has thought about doing something that’s very predictable – Miz turning heel on Shane, but WWE creative team members are against that move as that will put them years back on the journey of turning The Miz babyface again.

Whatever happens, expect a heel turn at tonight’s FastLane 2019 PPV.