The Undertaker will face Brock Lesnar in a rematch from their historic encounter at WrestleMania 30.

“The match too big for WrestleMania” will finally happen in a few weeks at SummerSlam 2015.

Well, WWE Shop has a Deadman Inc. T-Shirt available. Does this mean that we could get to see the return of the “Big Evil” Undertaker at SummerSlam 2015? Well, if Undertaker is appearing on the Steve Austin Podcast on the WWE Network in the future (as advertised), it would be fitting if Undertaker is in his Biker persona, not the Deadman one. You can see the T-Shirt below: 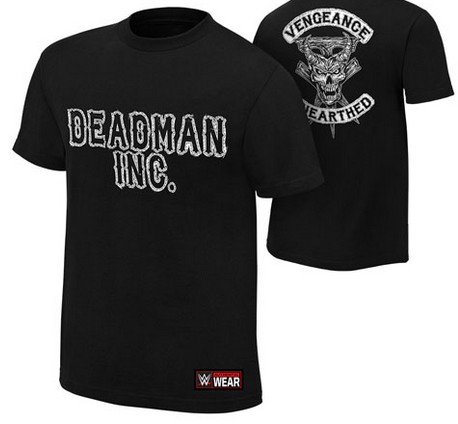