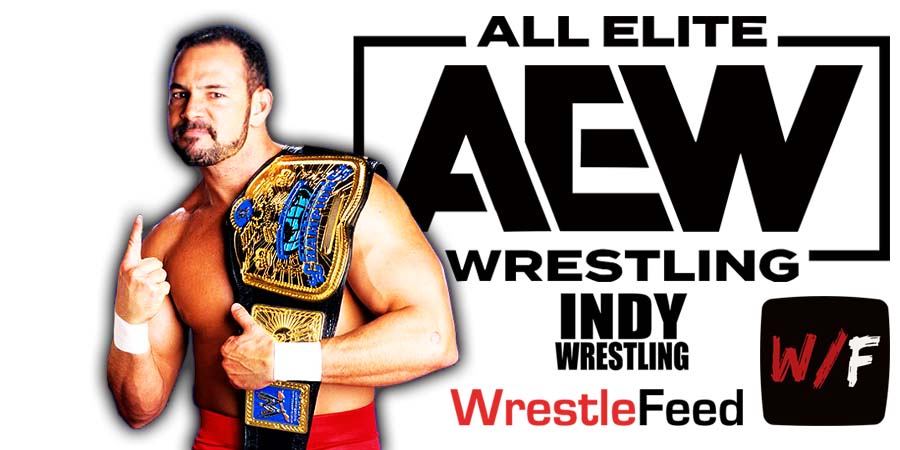 However, he had to leave for a while, to go to Australia to film for the “Young Rock” show, and this is when things went downhill for him in All Elite Wrestling.

Chavo was removed from AEW’s roster page recently and he was shocked to see that.

Guerrero appeared on Wrestlinginc Daily to discuss this situation. Below are the highlights:

On being removed from AEW’s roster page and Tony Khan ignoring him:

“100% News to me, man. So, originally when I started in AEW, talking to Tony Khan, it was like, alright, so you can start working for maybe it was about two months. Then I got the opportunity, I knew I was going back to Young Rock. I just didn’t know when it was going to happen.

So I thought, ‘great, awesome.’ Originally, I was supposed to go for three months, and when I was there at Christmas time, The Rock basically said, ‘hey, there’s a lot of wrestling on the back end, we really need you to stay. We are asking if you can stay.’ So I kicked that around with my wife, back and forth and we decided it’s a great opportunity. So, I decided to stay.

Coming back in early February, started giving Tony some texts, no answer, no reply. Called him, left him a voice message, no reply whatsoever. I am like, ‘hmm, okay.’ Then all of a sudden I see I am not part of the page anymore, of the AEW roster. So, it kind of pisses me off, to be honest.

Hey, I am a big boy, if there’s no plans for me, totally fine, I get it. But answer your phone. I deal with billionaires all the time, he’s not the first one, so it kind of pisses me off a little bit.

After working with Vince McMahon, you can deal with anybody. So I am like, ‘answer your phone.’ This is not cool. So that’s where we are at.”

On if he’s under contract with AEW right now: