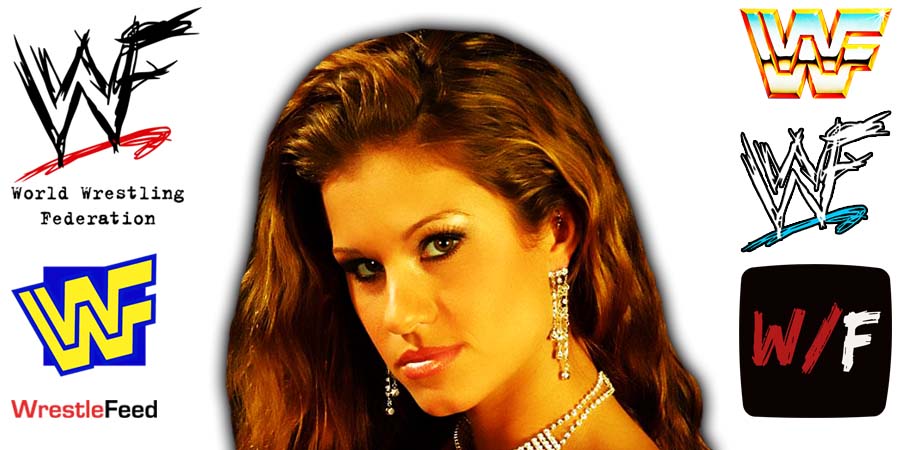 On October 2nd, at Legends Of The Ring, former WWE Divas Kelly Kelly, Layla and Brooke Adams (together known as Extreme Expose) reunited after 14 years!

At this meet & greet event, Brooke decided to show off her backside and twerk to entertainment.

Kelly Kelly was left impressed with Brooke’s butt and said: