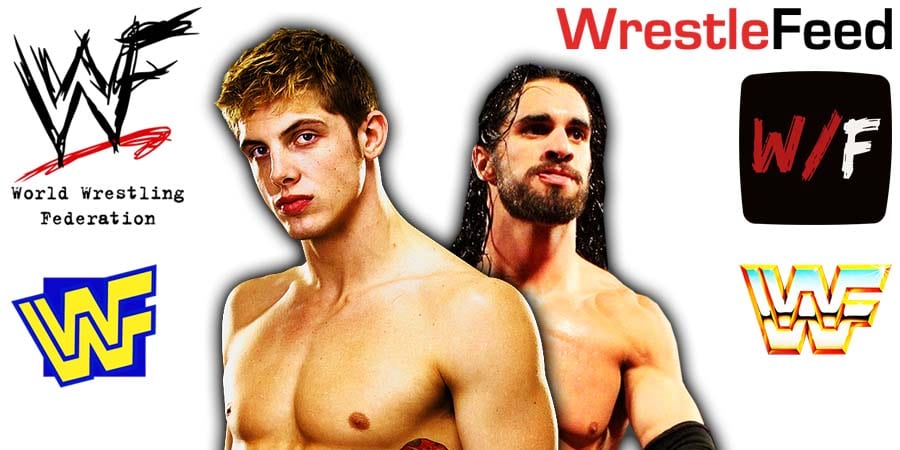 After being drafted to SmackDown for the first time ever, Seth Rollins joined the WWE Watch Along for the 2020 Draft, where he was asked about a potential match against Matt Riddle, as the two wrestlers are now on the same brand (unless Riddle gets drafted to RAW on Monday).

The former Monday Night Messiah isn’t interested in a program with The Original Bro at all, as he said:

“I’ve got no interest in facing Matt Riddle at any point in my career, so you know… he can go to RAW as far as I’m concerned.”

You can watch the video of Rollins’ reply below:

It was broadcasted from the Mark of the Quad in Moline, Illinois and featured pre-taped matches & storyline segments on the road to the ‘WWF No Mercy 2000’ PPV.

1. The Dudley Boyz vs. The Big Show & Spike Dudley