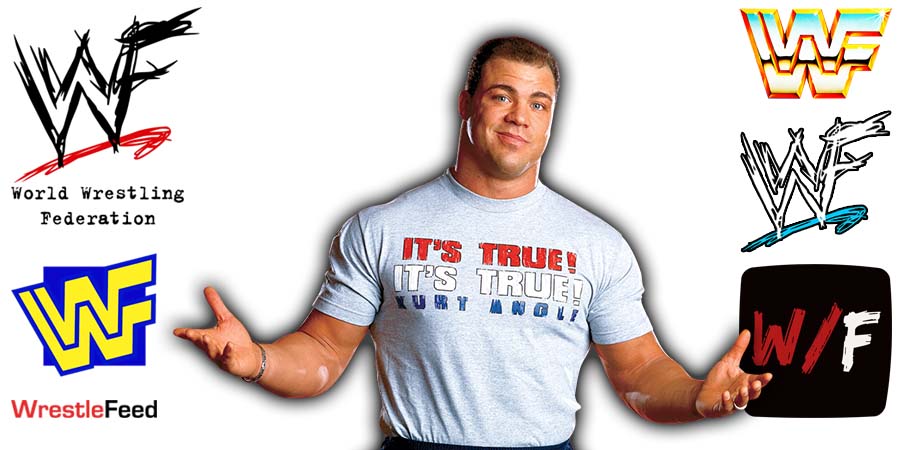 • “I’ve gotten a little damage to my brain” – Kurt Angle

During the latest episode of his podcast, WWE Hall Of Famer Kurt Angle talked about suffering concussions and dealing with brain damage now.

On his brain damage due to concussions:

“I would say I probably had 4 concussions that I know of, major. One was a slight concussion that wasn’t too bad. The other 3 were pretty bad.

But, you know, even to this day, I’m starting to not remember things, you know, and I’m only in my early 50s.

But, I’ve gotten a little damage to my brain, there’s no doubt about it. You know, my memory is not that great anymore. I really have to think hard about remembering the past.”

On earning Vince McMahon’s respect for deciding to continue wrestling at SummerSlam 2000 after suffering a concussion:

“They kept (plans about me winning the WWF Championship) quiet until after I wrestled Triple H. I believe they told me two weeks prior to No Mercy, which would have been two weeks after the match I had with Triple H, but I was surprised.

I mean, literally, I wasn’t winning any matches in 5 months and all of a sudden, they’re gonna give me the (WWF) Title. What Vince McMahon told me was, it wasn’t just about me elevating myself through the company that year, it was the fact that I came back with a concussion and wrestled at SummerSlam against Triple H and The Rock. Vince really gave me a lot of respect for that.

He wanted to repay me for coming back and finishing that match when I shouldn’t have finished it. So he was telling me, like, listen, I have a real player now.

I know I can depend on this guy because he literally got a concussion and he still wrestled with it. So I’m going to put the Title on this kid because I believe in him.”

This episode was broadcasted from the Philips Arena in Atlanta, Georgia and featured matches & storyline segments on the road to the ‘WWE No Mercy 2007’ PPV.