This episode from the Cobb County Civic Center in Marietta, Georgia, featured pre-taped matches, interviews & storyline segments on the road to the ‘WCW Halloween Havoc 1990’ PPV.

– Junkyard Dog vs. Ringlord I

– INTERVIEW – Sting (Sid Vicious and the Black Scorpion come out)

– The Juicer vs. Bill Ford

According to Sports Illustrated, former World Heavyweight Champion (in WWE) Jack Swagger is expected to make his AEW debut this week on AEW Dynamite on TNT:

“In other wrestling news, a potential surprise for AEW’s premiere on TNT, Sports Illustrated has learned, is Jake Hager, better known from his WWE run as Jack Swagger.

An ardent Trump supporter and legitimate big guy, Hager would fit in nicely as a villain for the promotion. He would also add depth to the card, and his work in Bellator MMA could have crossover appeal for AEW.”

• This Week’s AEW Dynamite Not Sold Out (Photo)

Scalpers were unable to sell the tickets they bought for this week’s AEW Dynamite debut show and now Ticket Masker is listing verified resale of those tickets for the original (or even less) price.

This week’s show isn’t sold out and a lot of tickets are still available. You can check it out in the photo below: 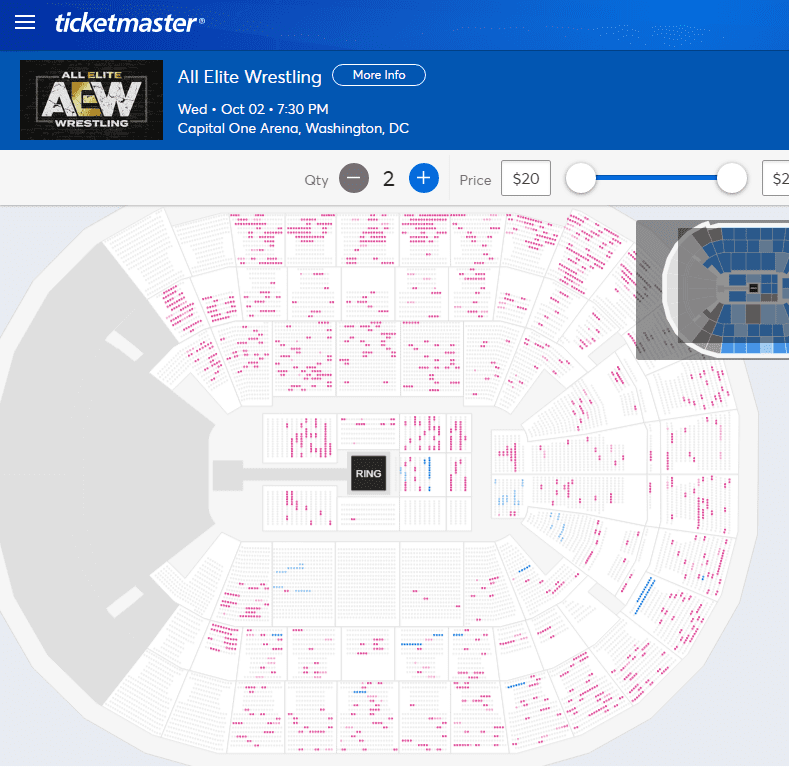