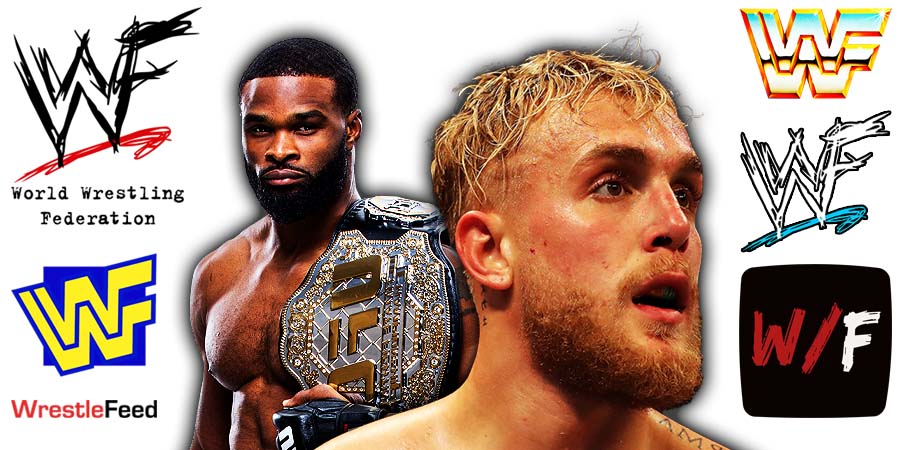 The tagline of this rematch was “Leave No Doubt”, and that’s what happened. Jake defeated Tyron via Split Decision last time, but he finished him tonight.

You can watch the knock out below:

After the fight, Jake said:

“I told you I was going to f**k him up and I f**ked him up! I got the job done and I knew it would happen like that.”

Jake was originally scheduled to face Tommy Fury (Boxing Heavyweight Champion Tyson Fury’s half brother) in this bout, but he pulled out a few weeks back due to a rib injury and chest infection.