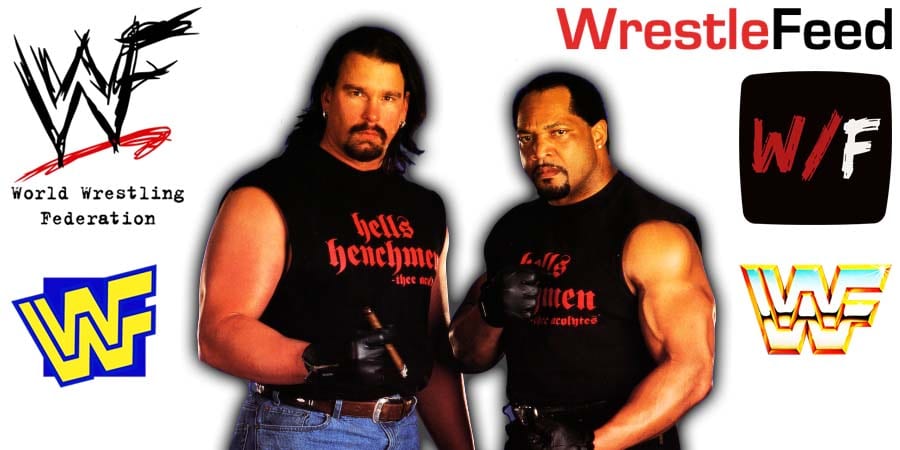 • JBL Reveals How The APA Was Formed

While speaking to Corey Graves on WWE’s After The Bell podcast this week, WWE Hall Of Fame Class of 2020 inductee, JBL, revealed how him and Ron Simmons joined forces to form the APA.

Really? So I go back and tell Ron, Ron goes, ‘Yeah, when are we going to Japan?’ I said, ‘Ron, Vince wants us to drink beer on television.’ Ron goes, ‘That’s the best idea I’ve ever heard’ and that was it.

That’s how The A.P.A. started was Vince seeing me and Ron just sitting around bs’ing and goes, ‘I just wanna put that on television. You guys be you guys,’ he thought that was entertaining and that’s how The A.P.A. as far as the backstage [stuff] started.”

The entire event was originally taped on September 23, 1987 at the Hersheypark Arena in Hershey, Pennsylvania.