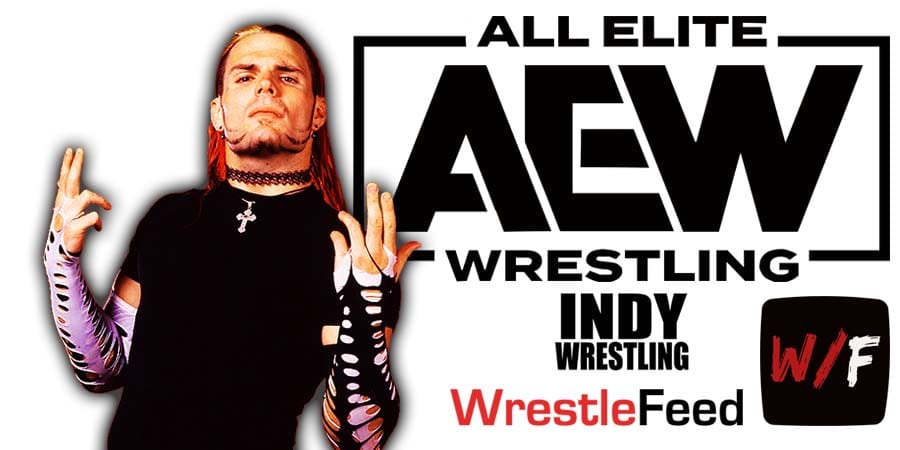 Jeff said it feels great to pitch creative ideas in AEW and revealed what his first pitch was.

“I feel limitless. God, there are so many ideas. I pitched my first idea but it didn’t go through.

For one of my new songs, my producer had [this song] – it slows down straight into my song. It would be like a ‘WTF’ moment because, ‘What are we listening to? We’ve never heard this before.’ I think it would grow on people. But that’s the first thing I’ve really said.

But yeah, the freedom feels amazing. My ideas are overflowing, so I just need to keep writing and keep pitching.”

Also Read: “I was pretty crushed that day” – Jeff Hardy On WWE Booking Him In A 24/7 Title Segment

– The Undertaker vs. Jim Evans

– The Barber Shop with Legion of Doom

– The Berzerker vs. Warren Bianchi

– Jake The Snake Roberts vs. The Brooklyn Brawler