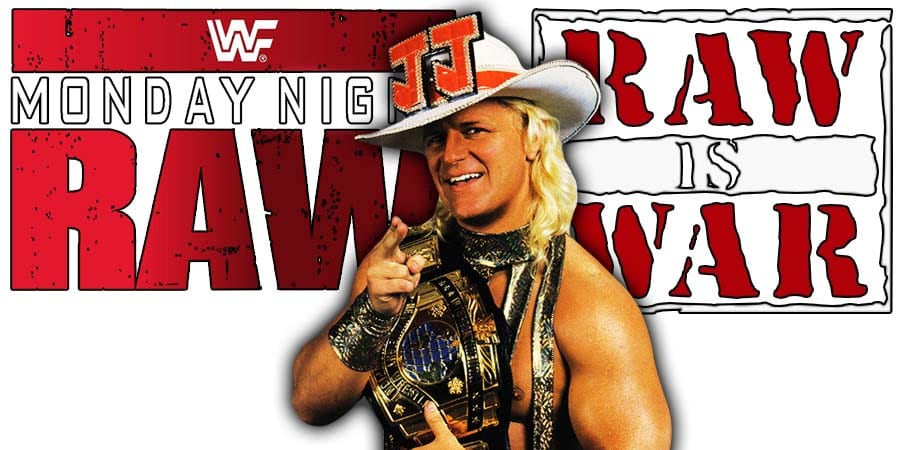 – Highlights Of Shawn Michaels On The Jenny Jones Show

– Can We Talk With The Following Question: What Do The Superstars Think Of The Raw Band?

Road Dogg & Jarrett finish what they couldn’t finish last week and they sing “With My Baby Tonight” in the ring.

Elias comes out and interrupts them. Jarrett goes after Elias and they fight on the ramp.

The action returns to the ring and the match officially begins.

And @RealJeffJarrett's first match on #RAW in nearly 20 years is officially UNDERWAY! pic.twitter.com/4HJQ8LqzHH

During the match, Elias kicked Road Dogg down. Elias won the match after hitting his “Drift Away” finisher on Double J.

Road Dogg attacks Elias after the match. Road Dogg tells Elias to “Suck It” and Jarrett nails Elias with a Guitar Shot, but the the Guitar didn’t break.

He may have lost his match against @IAmEliasWWE, but it looks like @RealJeffJarrett was the REAL winner on #Raw! pic.twitter.com/dWn94TkoJD

• Ric Flair’s 70th Birthday To Be Celebrated On RAW

Join us in THREE WEEKS in Atlanta on #RAW to celebrate the 70TH BIRTHDAY of 2-TIME @WWE Hall of Famer @RicFlairNatrBoy! pic.twitter.com/lSggAjl9wY