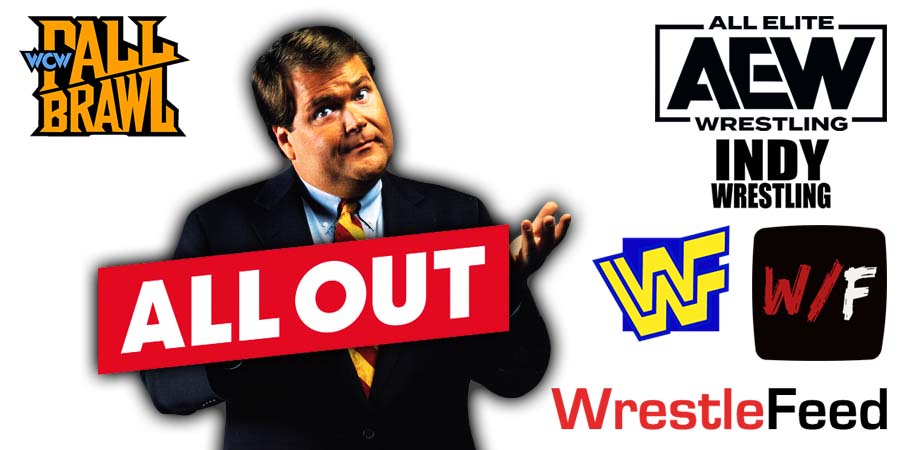 The highlights of the PPV were CM Punk making his in-ring comeback after over 7 years, and Daniel Bryan & Adam Cole debuting in All Elite Wrestling.

During a recent edition of his podcast, AEW Commentator Jim Ross discussed if All Out was the greatest pro-wrestling pay-per-view of all time.

Here’s what Good Ol’ JR had to say:

“I thought our call at All Out was really strong. I really loved our work and the skill of Excalibur and Tony, I thought we nailed it really well.

People have to understand how hard it is for a 3-man booth to co-exist without walking all over each other and not listening. You disconnected the dots enough because you weren’t listening to what the guy said. I thought we had a really good night.

The only pay-per-view that I had more fun, exhilarating, just really full of emotion and the feels were there — I’ve done a lot of great shows, but I think WrestleMania 17 was the closest thing that came to me for the emotional investment of that broadcast.

It means I had a hell of a good time, I thought the show was excellent, well booked.

Johnny B. Badd vs. Jimmy Hodge

U.S. Tag Team Title Match: The Patriots vs. The Enforcers