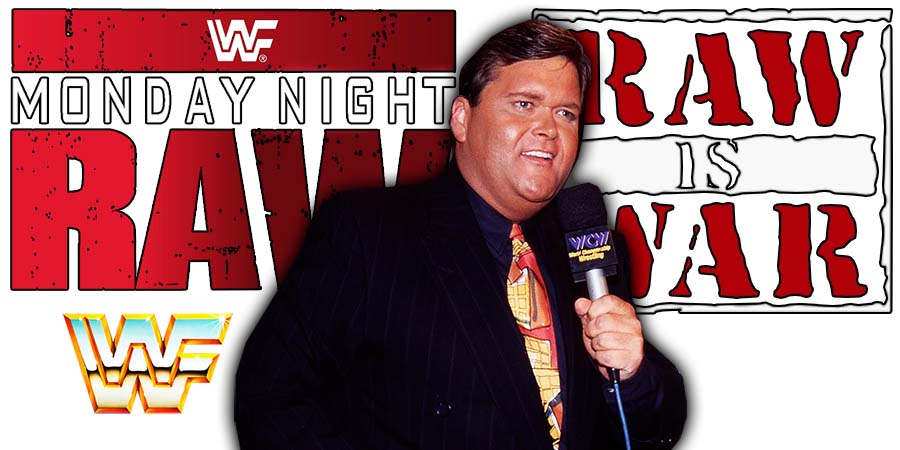 During the latest episode of his Grilling JR podcast, WWE Hall Of Famer & current AEW Commentator Jim Ross talked about the depths of the rosters in WWE & AEW today.

This is truly more of an ensemble cast era than it is the one shining star. There’s no Hogan’s, no Stone Cold’s. There’s no major stud pulling the wagon, to a degree I should say. It’s a different world, people want volume.

You always have to have some depth. That’s the one beautiful thing I’ll say about the two big companies today, AEW and WWE, they’ve got depth, they’ve got bodies, they’ve got a huge cast they can draw from.

We had a match the other day with Punk and MJF, they had a hell of a good match in Chicago, brilliant booking. I thought for two days what’s going to happen in that match because I don’t know and it was just amazing.

We tested the waters on a 40 plus minute TV match, including commercials and we had a finish where the villain goes over to close the show. Two things that aren’t done a lot anymore.

It keeps changing, we haven’t seen the last of all these changes that are ongoing in our business.”

Also Read: Jim Ross Regrets His Attitude Before Kiss My A$$ Club Induction

1. The Maestro vs. Frankie Lancaster