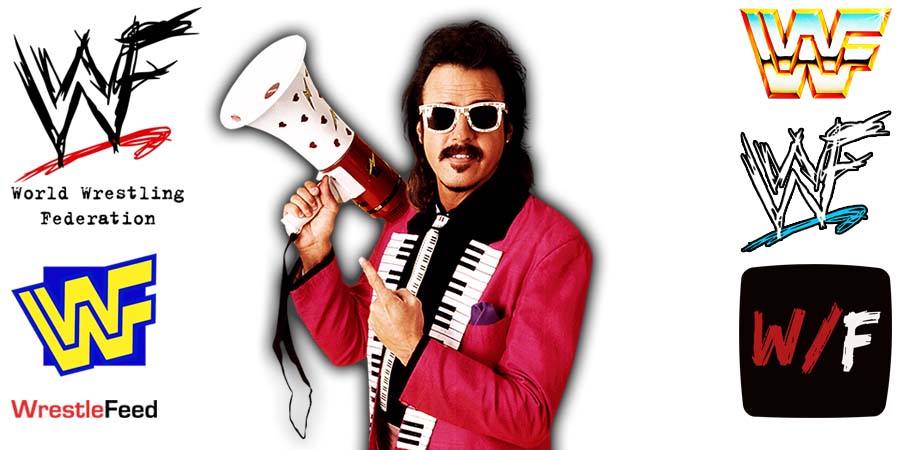 • Jimmy Hart On Which Current WWE Superstar Has “It”

During recent interview with WrestlingInc, Old School WWF Manager ‘The Mouth of the South’ Jimmy Hart talked about various topics, including WWF/WWE’s past and present top guys, that were considered the face of the company.

“I love John, and I’ll tell you why. Back when he was running, you know, before he started doing all the movies, [he was] 7 days a week. You’d see him on everything! He didn’t take any time off, you almost have to really do that.”

On a past conversation with Vince McMahon about what Vince wants in the face of his company:

“Vince McMahon years and years and years ago in Poughkeepsie, New York said to me, ‘Jimmy, I’m looking for my next big attraction. Someone that can walk through any airport in the world, and even a casual wrestling fan will recognize him’. He specifically wanted a casual to recognize him, one that rarely watches TV.

On his own WWF/WWE Mount Rushmore:

“Hulk had it. Rock had it. Stone Cold had it. John Cena had it. Who do you see has it now?”

On Roman Reigns having ‘It’:

“I think you got a home run right there.”

“Wembley Stadium was so different back then, but of course it was different times. Ticket prices weren’t as high back then as they are now. Of course social media’s so big right now, there’s a lot of ways you could promote it and get people to see it on TV. WWE has always done such a super job.”

– Johnny B Badd vs. Joe Cazanna

– The Barbarian/Dan Spivey vs. Scrubs