“The Maharaja Jinder Mahal has been on a role as of late. Jinder has been the hottest thing in WWE ever since winning the WWE Championship as he’s all over the online world of Pro-Wrestling.

It’s currently looking like WWE did the right thing by putting the WWE Championship on Jinder, as he’s been getting praised by veterans and legends and if that’s not enough, he’s drawing pretty good numbers as well.

This week’s episode of SmackDown Live, which featured a Punjabi celebration for the new WWE Champion Jinder Mahal, drew 2.33 million viewers. This is up from previous week’s 2.18 million viewers.

Also, the Punjabi celebration video of Jinder Mahal on WWE’s YouTube channel is the most popular WWE video of this week as it has 2.5 million+ views as of now. You can watch it below:

Jinder’s first merchandise has been released on the WWE Shop as well and you can check it out below: 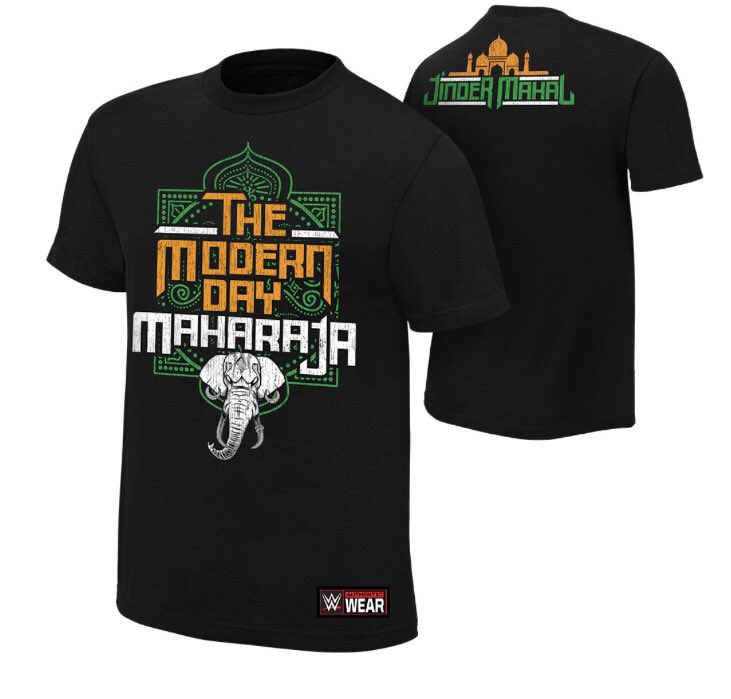