1. The Condor vs Mike Bell

4. The Hater vs Cash Jackson

• Joey Ryan Rebranding Himself After Over A Dozen Sexual Harassment Allegations

He has become a religious person, who is a fan of Baseball.

Ryan recently deleted all of his previous tweets and changed his Twitter header to a scene from a Baseball match. He also changed his profile picture to make people forget about his odd wrestling gimmick.

In his bio, he has added a quote from the Bible, which says the following:

“Love your enemies, do good to those who hate you, bless those who curse you, pray for those who mistreat you.” • Luke 6:27-28

Perhaps, this is a message to those girls who accused him of sexual harassment. 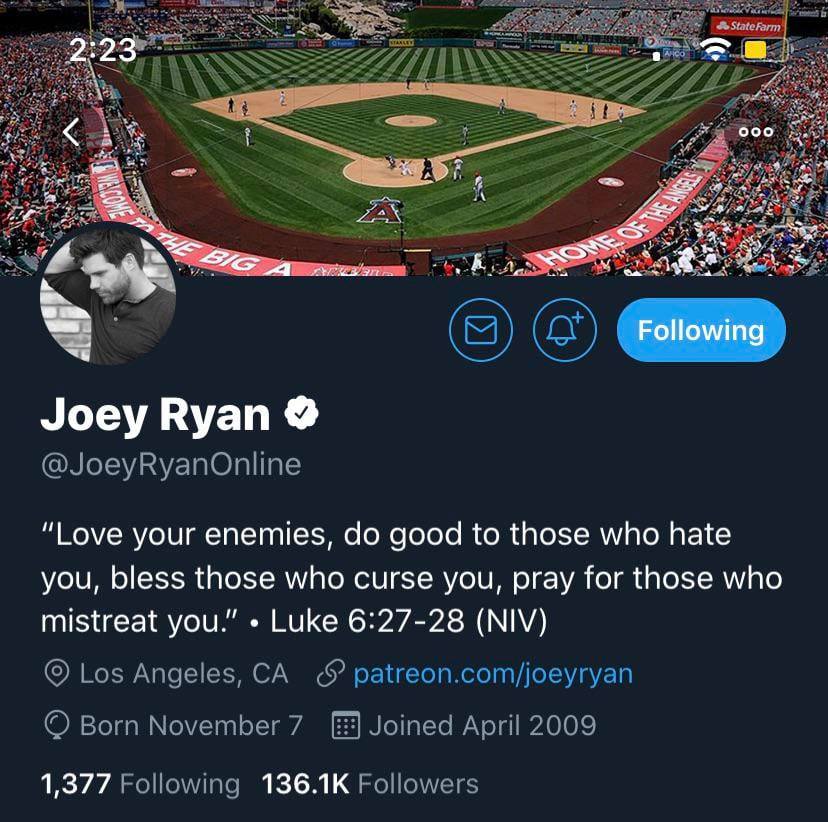