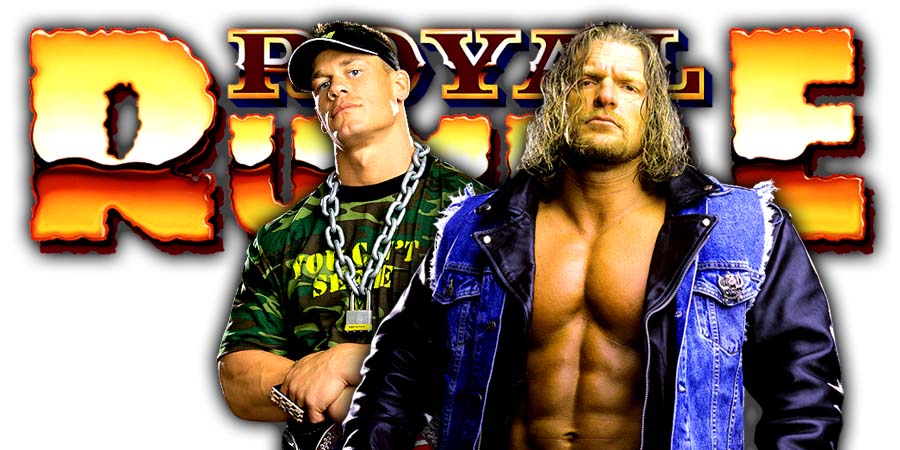 16 Time WWE World Heavyweight Champion John Cena appeared at CinemaCon and opened up about his breakup with Nikki Bella.

“I’m not doing well. I love Nicole, and we’re not together.

On many occasions, that’s what living your life in the public eye is, you have to take the good with the bad. The thing about doing these events is everybody’s like, ‘oh life’s great, you’re doing all this stuff.’ Everybody’s got problems.

It sucks, I love her and I missed her, and that’s that.

The fact that my heart hurts for her…I know I was in love. So, I’ll always have that.”

• Tale Of The Tape For John Cena vs. Triple H (Greatest Royal Rumble)

Two of @WWE's most decorated Superstars of all-time will do battle TOMORROW at #WWEGRR. @JohnCena @TripleH pic.twitter.com/kS2PO3L0Um

Below is how the stage will look during entrances at the Greatest Royal Rumble:

Below is a demo video of Shinsuke Nakamura’s entrance and how the entire arena will look: