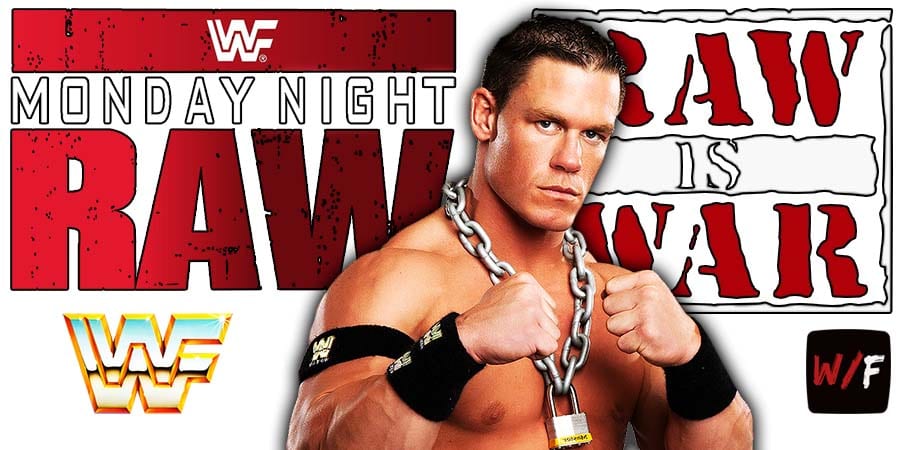 He is the youngest US Champion in WWE history (age 24). After defeating Balor in a rematch at a Live Event, Theory got in the face of a young fan and said he’s better than John Cena.

Cena then tweeted the following about it:

“Everyone understands that you have far more talent, strength, and gifts than I ever had. Don’t apologize for that. Ever.

An apology should come 20 years from now if you fail to provide the EFFORT needed to turn your potential into your legacy. I hope that day never comes. 🥃 “

For those who don’t know, Cena is Theory’s idol. He met Cena when Cena returned to WWE programming last year.

Theory posted a photo of him with Cena and wrote the following:

“Anyone that truly knows me knows how special this photo is to me. Now before I say anything else I know some of you will say it’s just a photo of me by myself👋.

In all seriousness though John Cena has always been my inspiration not just in wrestling but in life. I modeled my life at a very young age on what I seen him present on TV.

Watching him was always my escape when things weren’t going so good in my life.

He is without a doubt a true role model and the biggest take away I learned from him is a simple one but is the most meaningful I feel and that is NEVER GIVE UP!!! #DreamBig”