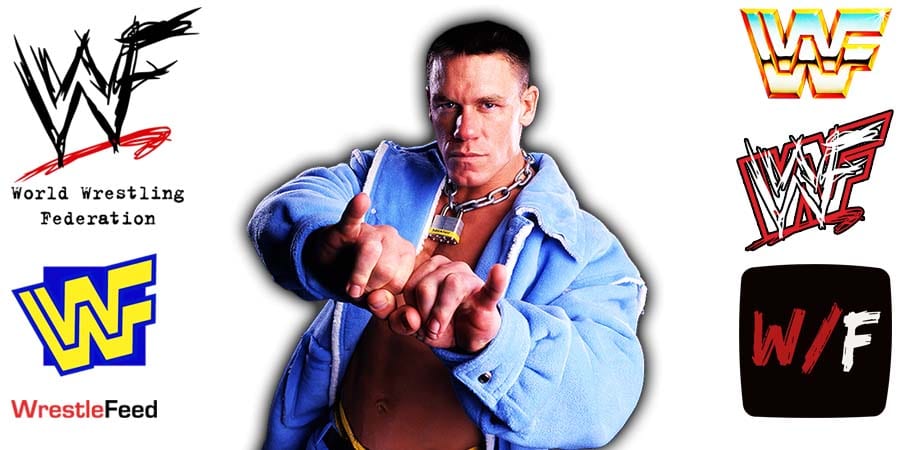 • John Cena Reveals What Pulls Him Back To WWE

During an interview on The Pat McAfee Show, 16-Time World Champion John Cena revealed that the storytelling aspect of pro-wrestling is what pulls him back to the WWE, despite having success in Hollywood.

Here’s what the WWE Legend said:

“What brings me back to WWE isn’t the falling down, it isn’t the improvement of physical skills, it’s the storytelling.

I like being able to tell a story with Roman Reigns, that I don’t think he’s a worthy champion, and for people to buy into that, and not because he’s not, not because of the value of the belt, let’s say.

It’s because of who he is as a human being, and point out what I believe are his character flaws, and then we go back & forth about that.

I love the challenge of telling a story and acting is literally just being able to change characters whenever you want, and tell a new story. And I found that pretty intriguing.”

This episode was pre-taped at the Erie Civic Center in Erie, Pennsylvania and featured matches & storyline segments on the road to the ‘WCW Souled Out 2000’ PPV.