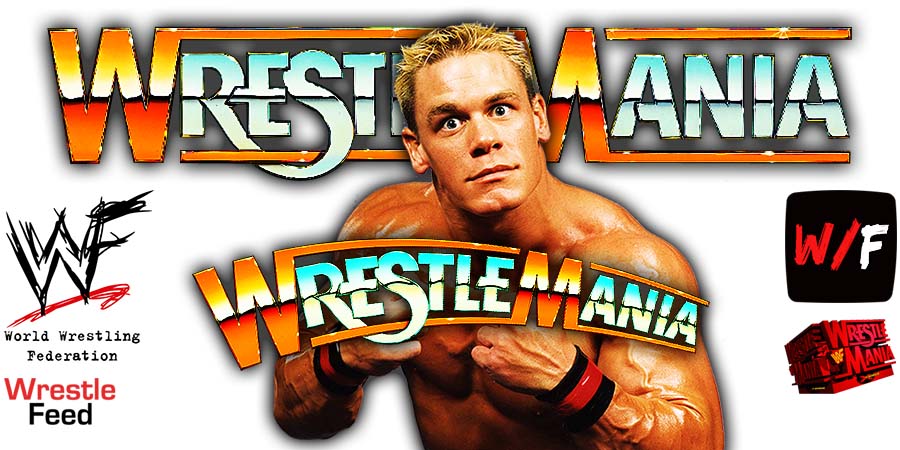 WWE wants 16-time World Champion John Cena to come back for a match at WrestleMania 39.

Reports later came out that WWE has offered a match to Stone Cold Steve Austin as well.

Fans then began speculating about a dream match between Austin & Cena, which would be “Attitude Era vs. Ruthless Aggression Era”.

Influencer-turned-WWE Superstar Logan Paul then went on his podcast and said that he’s going to pitch the idea of him facing Cena at WrestleMania 39 to Chief Content Officer Triple H.

The reason is, when I’m paired with a legend, a top-tier industry leader, the model works.

After Crown Jewel, John Cena posted me on his Instagram and then I saw an article saying he’s looking for an opponent at WrestleMania. I favorited it, responded with the eyes.

That’s a dream match. WrestleMania, in LA, on my birthday. Triple H, throw me a bone, give me a birthday present, let me take out John Cena. That’d be crazy.

That’s the model I’m going to pitch to WWE. This week, we’re meeting with them, I’m going to be like, ‘Hey, this works for me. Put me up against the best y’all have. I’m gonna f**king deliver. You know that for a fact. Not only put on an amazing match, but I’m going to put a$$es in seats and eyeballs on the television.’

Since I’m an outsider, they have to treat my career in the WWE a little differently than they have with the rest of the roster. The only caveat to this, is I could see how other wrestlers and fans would throw their arms in the air, ‘why is he getting a shot at Cena or Randy Orton?’ The answer is, I’m going to make f**king money.”

Cena, who posts random stuff on Instagram, went on to spark rumors for both of the above stated matches in one go.

He posted a photo of Logan’s head photoshopped on Austin’s body:

The Rock vs. Kurt Angle