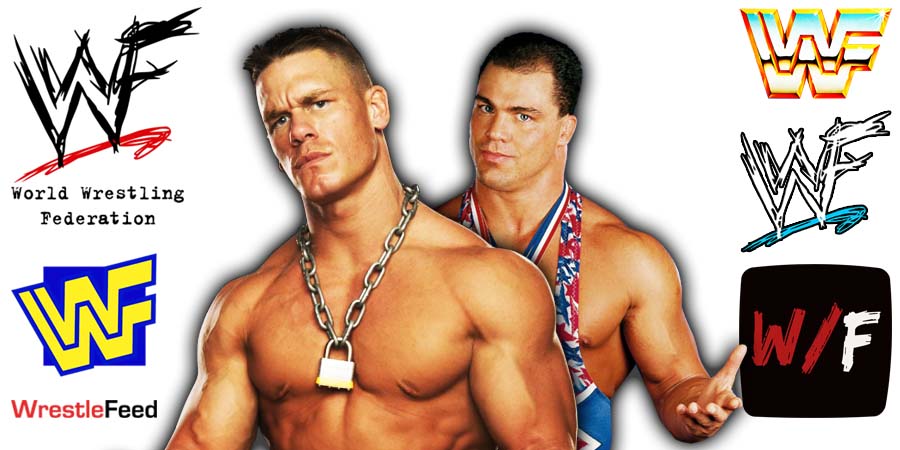 • “John Cena wasn’t as great of an athlete as a lot of the other wrestlers, but…” – Kurt Angle

June 27th will be the 20th anniversary of John Cena’s WWE debut.

Cena made his official WWE in-ring debut against WWE Hall Of Famer Kurt Angle on an episode of SmackDown.

On his podcast, Angle discussed Cena’s in-ring work and said the following:

“John wasn’t as great of an athlete as a lot of the other wrestlers, but he made up for it with charisma and a lot of hard work.

His only downfall is, you know, you could tell by the way he moves around is not quite as fluid as other wrestlers.

He’s more choppy and a little bit more uncoordinated, but he makes up for that with hard work. Being able to do what he does, especially, nobody knew at this time how good promos he’d cut. So, this was quite a pleasant surprise eventually when he started doing it.

I think that fans always thought he wasn’t a good in-ring worker. That seems to be some of the talk that people talk about.

But he was actually really good. He was great at psychology too. He could structure a match better than anybody. He was really good at that, and I was really impressed by it.”