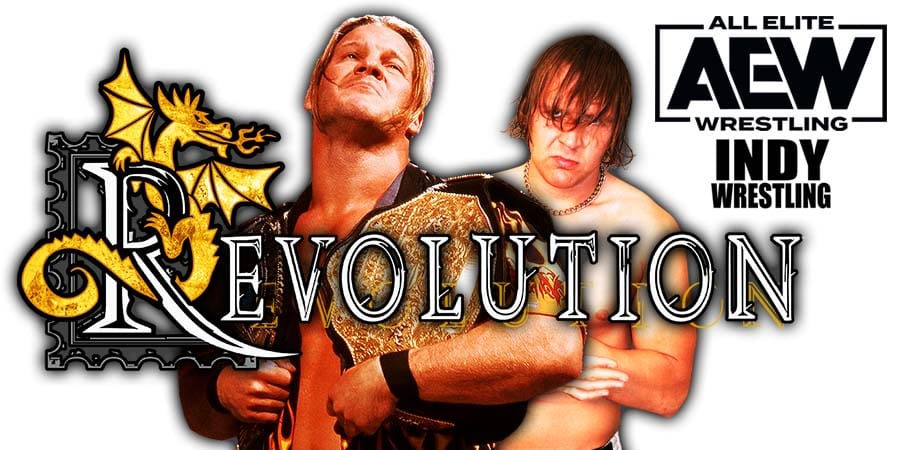 • Jon Moxley Got “Half Concussed” At AEW Revolution

During the post-show press conference, Moxley revealed that he was “half concussed” during the match after going head-first into the ring post:

“[Jericho] threw my head into the ring post on the floor and I basically head butted a steel post about as hard as it could be head butted.

I was seeing triple for a minute out of my one eye. I still feel a little woozy. I was like, ‘whoa, this isn’t good.’ Then I felt that hot instant feeling of knowing when you’re lacerated.