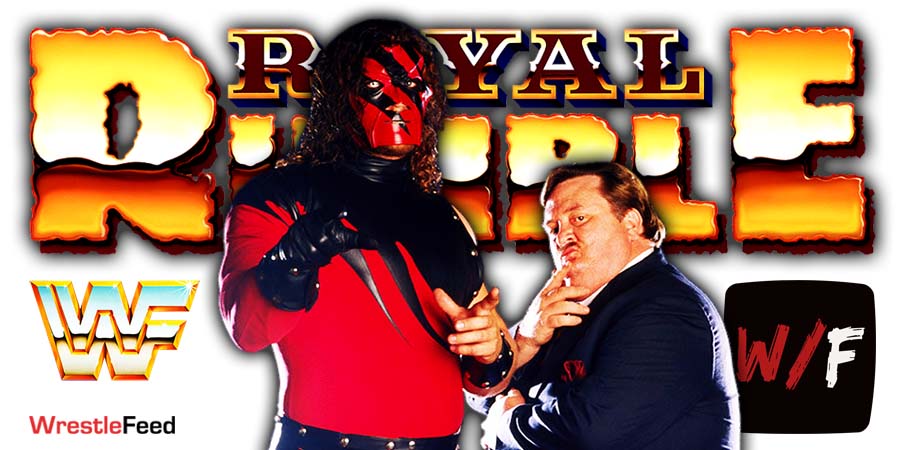 He competed in his record 18th Royal Rumble match, the most by any wrestler in WWF/E history.

He entered at entry #18 and was eliminated by former NXT North American Champion Damian Priest, who is now RAW’s newest wrestler.

In a backstage interview at Royal Rumble, Kane had the following to say about his return & Damian Priest:

“He’s got a ton of potential. I mean it stings because I would have liked to be in the match longer. But he’s going to be an impact player in WWE. I think you’re going to see a lot more moments like that from him in the future.”

Dory (as Hoss Funk) and his brother Terry also formed a Tag Team in the World Wrestling Federation in 1986, before Terry left the promotion shortly after WrestleMania 2, which resulted in Hoss Funk teaming with their kayfabe brother Jimmy Jack Funk (CWF Veteran Jesse Barr), before Dory left the WWF as well.

Together with Terry, he was inducted into the WWE Hall of Fame in 2009 by their close personal friend “The American Dream” Dusty Rhodes.