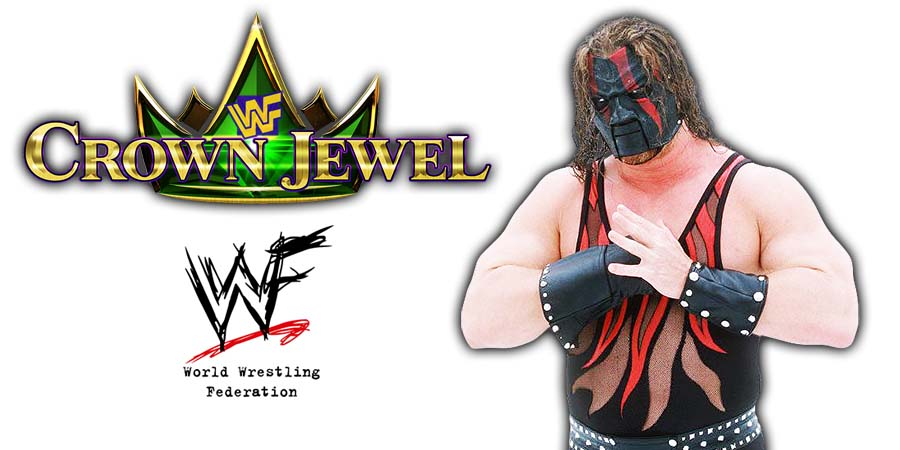 – In Studio Guests: The Bushwhackers

– A Video Promo By Sgt. Slaughter Trying To Get His Country Back

– The Legion Of Doom vs. Brian Costello & Peter Weeks

With WWE sticking with their decision of doing WWE Crown Jewel PPV in Saudi Arabia this coming Friday involving a lot of controversy, Kane (Mayor Glenn Jacobs) issued the following statement to KnoxNews in regards to him working the show:

“Mayor Jacobs is still going to the Crown Jewel event because he made a commitment to not only WWE, but the Knoxville Public Saftey Foundation and the first responders of Knoxville and Knox County.”

For those who don’t know, WWE is giving $100,000 to the Knoxville Public Saftey Foundation to use Kane for the upcoming show.