On this day in Pro Wrestling history on November 27, 1986, Jim Crockett Promotions (representing the National Wrestling Alliance) aired their annual Starrcade event LIVE on closed-circuit from the Greensboro Coliseum in Greensboro, North Carolina and The Omni in Atlanta, Georgia.

According to several reports, Magnum T.A. was already booked to win the NWA World Heavyweight Championship from Flair that night, but unfortunately had to end his career after a car accident a month before the show.

As a result he was replaced with Nikita Koloff in the main event.

Most Professional Wrestling historians agree that, had it not been for Magnum’s accident, he could’ve quite possibly become the NWA version of Hulk Hogan. Just imagine, JCP not being forced to sell to Turner, … Oh well, a man can still dream about a “What If” scenario, right? haha

Brad Armstrong vs Jimmy Garvin ended in a draw

Below is an advertisement of WWE 2K18 from the UK which featured Kane & Sting:

Below is a photo of Kane & Sting from this ad shoot: 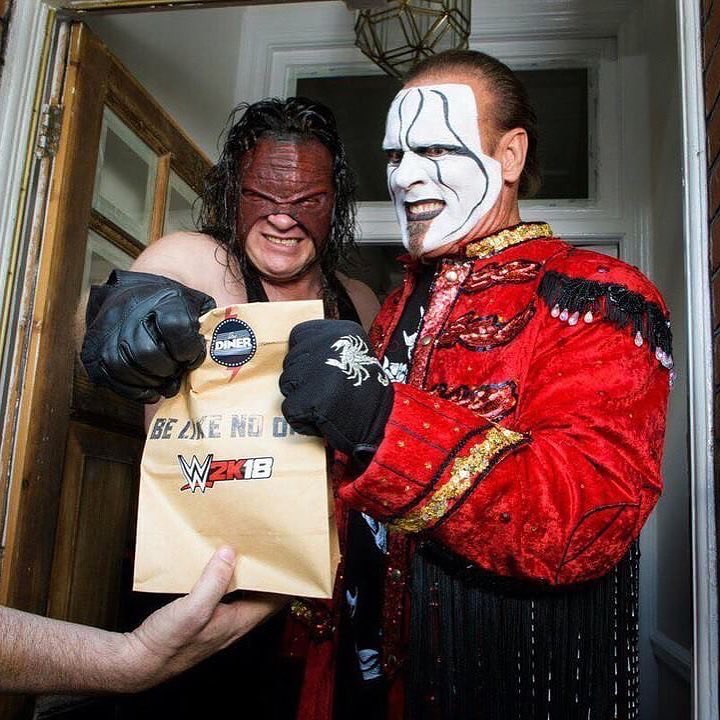 Below is a video of Sting taking on Kane (then known as Bruiser Mastino) in WCW in 1993: