The PPV was named after Vince Russo’s Heel stable ‘The New Blood’, but at this point in time, especially after Hogan left a month earlier, the event only drew 6,614 people into the arena.

– Judy Bagwell on a Forklift

– Mud Rip off the Clothes

Below is a photo of Nash posing with the Title: 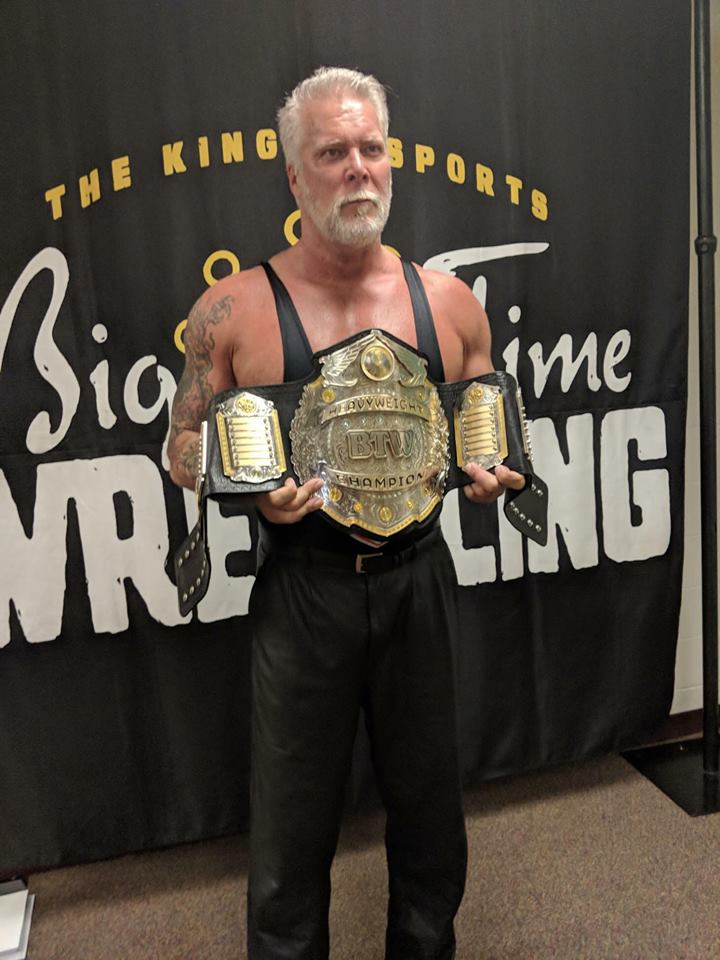 Nash won the match with a Jackknife Powerbomb and you can watch it below:

Below is what Nash tweeted after his Title win:

Thanks Big Time Wrestling for the honor. Thanks @FlexArmstrong1 for the sacrifices you have given this business. Most important the friendship we've shared. pic.twitter.com/Se4vLXmjNQ