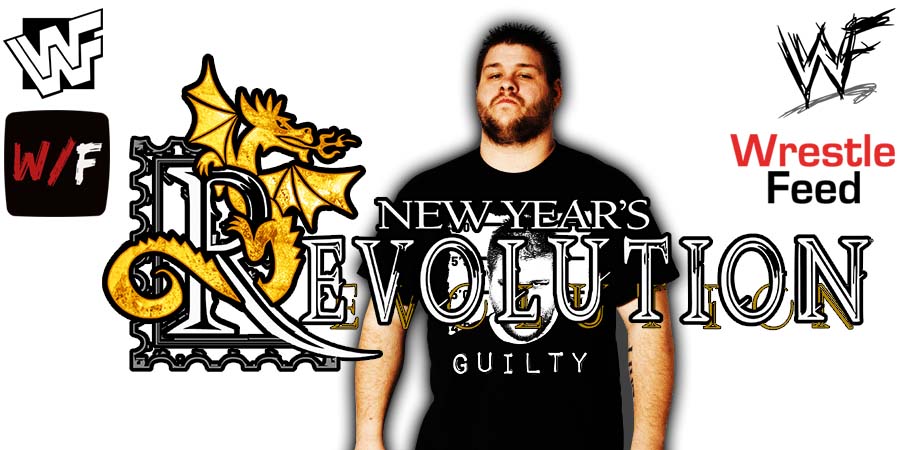 It has been known for months that Kevin Owens’ WWE contract was set to expire in January 2022.

Most of the fans were expecting him to leave WWE and join All Elite Wrestling, where his longtime friends work, but that isn’t going to happen anytime soon.

According to Fightful Select, Owens (age 37) has signed a new multi-year contract with the WWE:

“Fightful learned several weeks ago that WWE was very interested in retaining Kevin Owens, and made him what sources in the company was ‘an excellent offer’ to stay.

WWE sources that we spoke to said they were over the moon about retaining Owens.”

It is said to be a lucrative deal, which wrestlers in both WWE & AEW think that Tony Khan wouldn’t match.

Owens is currently a part of the WWE Championship picture on RAW. He will face Big E, Seth Rollins and Bobby Lashley in a Fatal 4-Way match on January 1, 2022 at the WWE Day 1 PPV.

Speaking of contracts, Sami Zayn’s deal is about to expire as well, and WWE wants to re-sign him as well, and that’s why he’s currently involved in Roman Reigns – Brock Lesnar program for the Universal Title, as they want to make him happy.

It was broadcasted from the Whittemore Center Arena in Durham, New Hampshire and featured matches, interviews & storyline segments on the road to the ‘WWF Royal Rumble 1998’ PPV.

4. Tom Brandi vs. The Sultan

6. The Legion of Doom vs. Shawn Michaels & Triple H