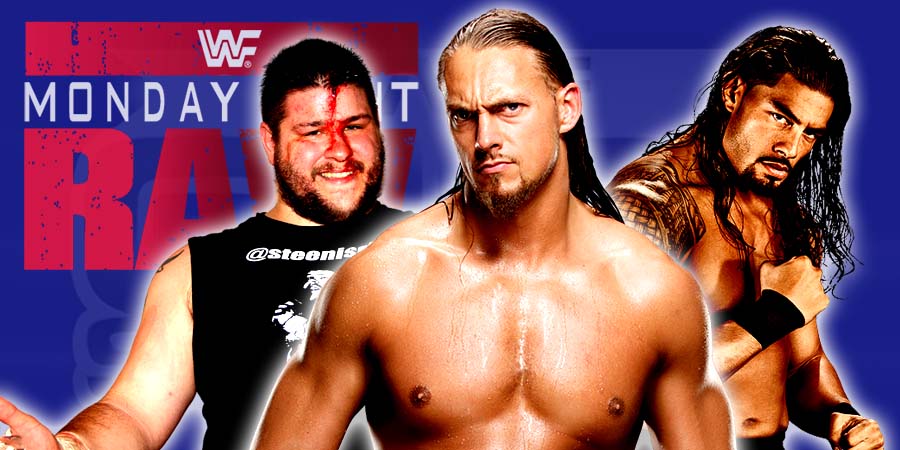 Kevin Owens eliminated Big Cass first. During the match, 14 time World Champion Triple H made his return to WWE programming and delivered a Pedigree to Roman Reigns and Rollins pins Reigns. Then during the ending moments of the match, Triple H turned on Rollins and hit him with a Pedigree and allowed Owens to pick up the win and become the second ever Universal Champion.

Speaking of Raw, the following matches were taped before the show for this week’s WWE Superstars:

– The Golden Truth vs. The Shining Stars