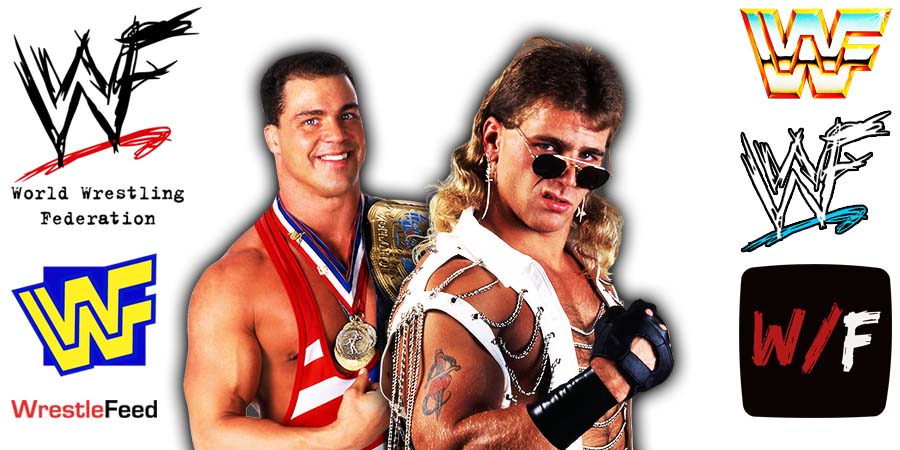 On the newest episode of his weekly ‘The Kurt Angle Show’ podcast, the 2017 WWE Hall of Famer spoke about Seth Rollins’ WWE career and ended up comparing him to WWF Legend ‘The Heartbreak Kid’ Shawn Michaels.

“You know what? It’s not too much of a leap to say that he is the next Shawn Michaels. I believe he will be eventually. He is not there yet because Shawn put in a lot more years. So you know, 30-something years.”

Seth Rollins came to NXT in June 2012 and made it to the WWE main roster by November, when he debuted as a member of The Shield, alongside fellow NXT Wrestlers (at that time) Roman Reigns & Dean Ambrose.

On this day in 1993, the World Wrestling Federation aired an episode of their weekly TV show ‘WWF Wrestling Spotlight’.

This Halloween episode was hosted by Gorilla Monsoon and included pre-taped matches, promos & storyline segments on the road to the ‘WWF Survivor Series 1993’ PPV.

The Steiner Brothers vs. Jobbers

The Quebecers vs. Men On A Mission