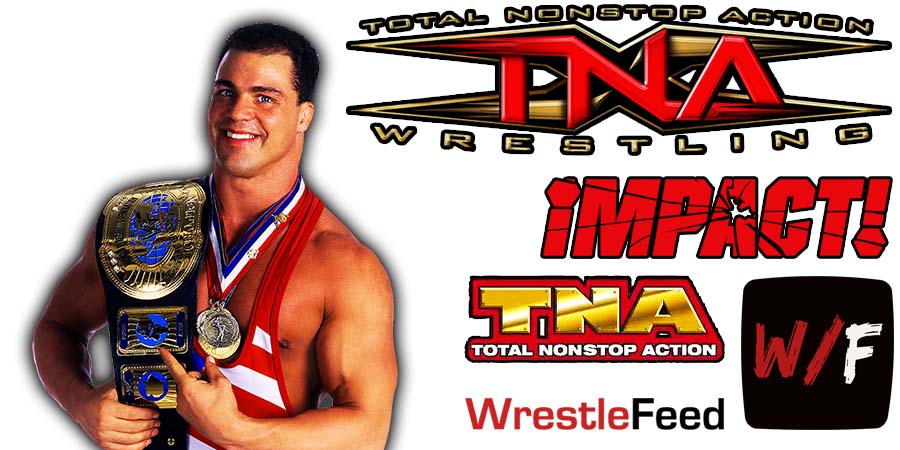 On the new episode of his weekly ‘The Kurt Angle Show’ podcast, our Olympic Hero was asked about Wrestlers from his time in Dixie Carter’s Total Nonstop Action! (TNA) that he feels should’ve had runs in WWE, but unfortunately never did.

“Oh, that’s hard to pick one. I will say Abyss, he did go to WWE as a producer, but he never wrestled for WWE. I thought he should have been up there.

I actually expected them to end up in WWE and sadly they didn’t, but they’re in AEW now, so that’s just about as good.”

While neither of the 3 had an actual run with the #1 wrestling promotion on the planet (WWE), Christopher Daniels did do occasional televised jobs on the World Wrestling Federation’s B-Shows like WWF Shotgun Saturday Night & WWF Sunday Night HEAT from 1998 until 2001.

On the other hand, Frankie Kazarian was actually signed with WWE for a few months in 2005 and even wrestled a few televised matches on WWE Velocity, before asking for his release.

Also Read: Kurt Angle Reveals How Much Money He Asked From Tony Khan For Wrestling In AEW

Johnny B. Badd vs. Fury