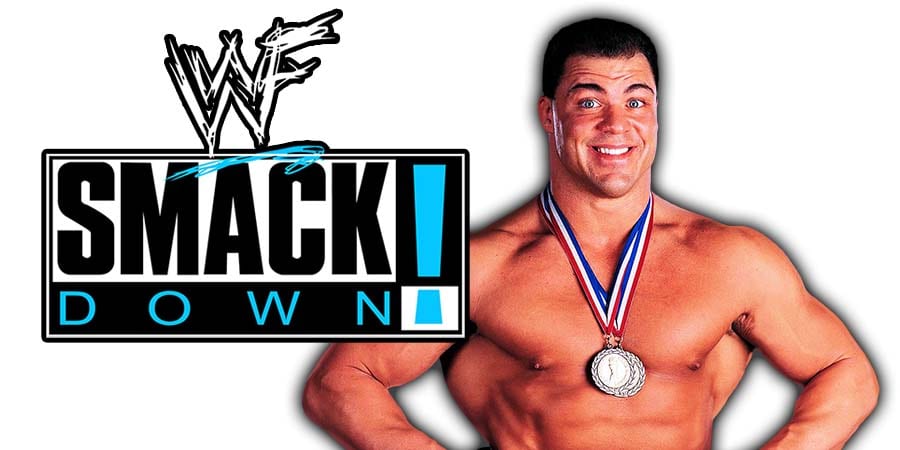 Later in a backstage segment, Shorty told Adam Pearce that he’s done with all this “accept who you are” stuff and said he can’t accept this Shorty G crap. He said he’s back to being Chad Gable, who can achieve anything he wants.

WWE Hall Of Famer Kurt Angle took to Facebook to welcome back Chad Gable, and indirectly offered to join forces with him if he turns heel.

“Welcome back GABLE!! Don’t forget who the hell you are. #TeamOlympian #YouDontSuck IF you turn Heel, give me a call 😏 “

Angle was released by WWE during the first round of budget cuts in April, soon after which WWE offered him to be Matt Riddle’s manager on the main roster, but Angle denied as he wanted to focus on his own business.

However, Angle seems to be a fan of Gable and is willing to return to WWE to manage a heel Gable.

On this day in 2008, we lost Old School WWF Veteran “S.D.” Special Delivery Jones (Real name: Conrad Efraim) at the age of 63 due to a stroke.

S.D. Jones was one of the most famous babyface ‘Jobber To The Stars’ of all time.

Jones wrestled mostly for the World Wrestling Federation during the 70s & 80s and did his last televised WWF jobs in 1990.

He was posthumously inducted into the WWE Hall of Fame in 2019 as part of their annual ‘Legacy Wing’ inductions.