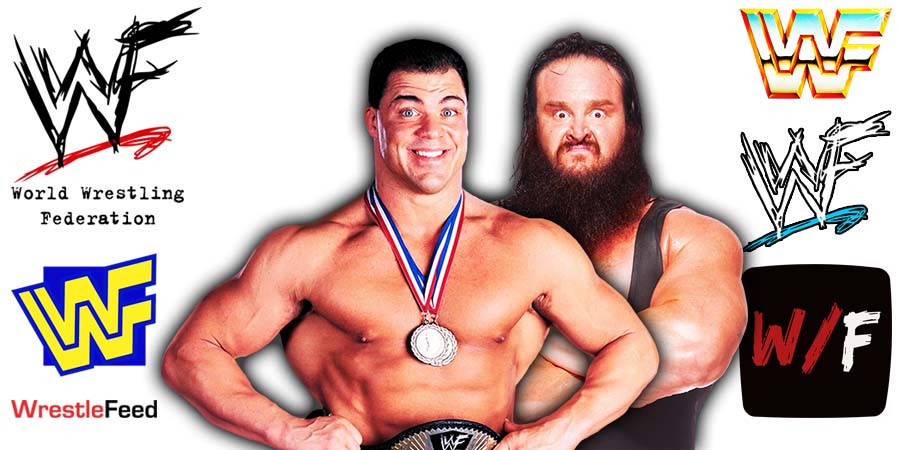 At TLC 2017, Kurt Angle had his 1st match in WWE in 11 years. He teamed with with Seth Rollins & Dean Ambrose to defeat Kane, Braun Strowman, The Miz, Cesaro & Sheamus in a 3-on-5 Handicap TLC Match.

During this match, Strowman powerslammed Angle through a Table at ringside.

On his podcast, Angle revealed what advice Strowman gave him before this table spot:

“You know what’s crazy? When he got me up, I didn’t have my arms wrapped around his waist. They were around his back. And he was like, ‘Hold on to me.’ I’m like, ‘What are you talking about?’ He said, ‘Just lock your hands, reach around my waist.’

And I reached around, and you know what? When I did that, I went through the table a lot safer. If I would have not had my hands put together or locked like that, it would have hurt a little bit more. A lot more!

The Enforcers vs. Jesse French,Scott Sandlin