During a recent Reddit Q&A session, WWE Hall of Fame Class of 2017 inductee Kurt Angle was asked about the match where “The Immortal” Hulk Hogan tapped out to him and if Hogan had any problem with doing that.

“I didn’t think he was going to do it! You know, I remember meeting with Vince McMahon and Hogan came into the room. Vince had us together and we were staring each other in the eyes – it was a pretty intense meeting. Hogan and I were sitting where our knees were touching. Vince was just off to the side. He basically just said, we were looking at each other and I hear Vince say, ‘Alright Terry, you’re going to tap out to Kurt tonight.’

Terry paused for about five seconds and he looked me in the eyes and he said, ‘Okay. Let’s do this.’ 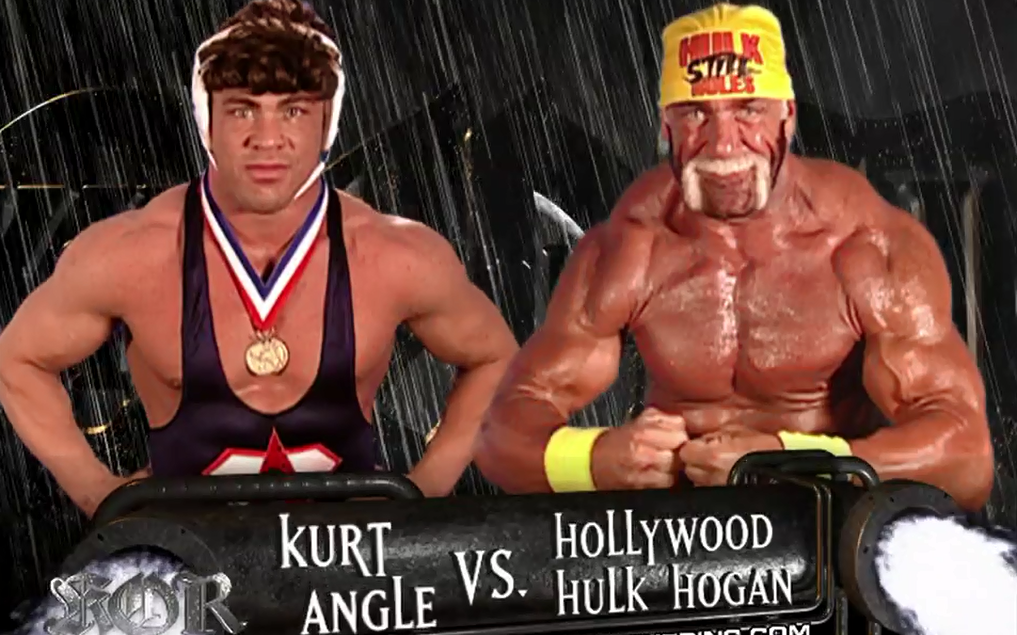 I was shocked! You know, you hear some rumors about Hulk Hogan, that he has difficulty putting guys over. But he didn’t do that. So the whole rumors were thrown out the window for me. And whether they are true or not, I don’t believe them.

I just think he always did the right thing, it was just for almost all his matches, the best thing was for Hulk Hogan to win. So, I’ve never had any hard feelings about Hulk Hogan. I think that if anything, I respected him more that night for tapping out to me.”