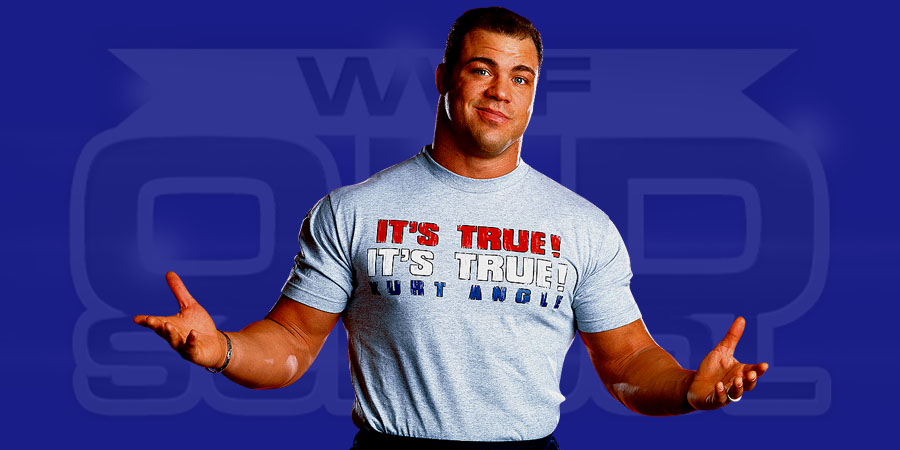 During a recent interview with the Nottingham Post, former WWF Champion Kurt Angle promoted his “Golden Truth” public speaking tour and talked about his early days in the World Wrestling Federation, Kayfabe being dead in 2015 & more.

On why Vince pushed him as a heel early:
“Vince wanted me to look like somebody that was just too good to be true. I didn’t think they would boo me but Vince knew they would. He saw what happened with the Rock when they tried to push him. He wanted to do the same thing with me because this time he knew they would boo me. I had no training on the mic or anything like that. I was trained to be a pro wrestler. Vince threw me in the river and watched to see if I would sink or swim. I had a few months in Memphis and I was basically on TV. The top guys – Rock, Triple H, Stone Cold Steve Austin and the Undertaker – they carried me for a year.”

On why Kayfabe returning could be a good thing for Professional Wrestling:
“Wrestling is always changing. There is no shortage of talent out there,” he said. “It’s an industry that goes in cycles. It’s a little stagnant now. Something needs to change. I was talking to my wife about it. I think it would be good to go back to kayfabe. When you lifted the curtain and showed people backstage it was new and intriguing, but if you go back to how it was, it could be the change wrestling needs.”

On the Golden Truth tour coming to the UK:
“It’s something I’m really looking forward to. I’ve got a lot to tell and people can ask me whatever they want. UK fans are great. They’re a lot more intrigued by the backstage element of the business. They respect the business a lot and hold guys in high regard. I’ve been going to the UK for about 15 years. They really appreciate your effort and that makes you work hard to put on a good match for them.”