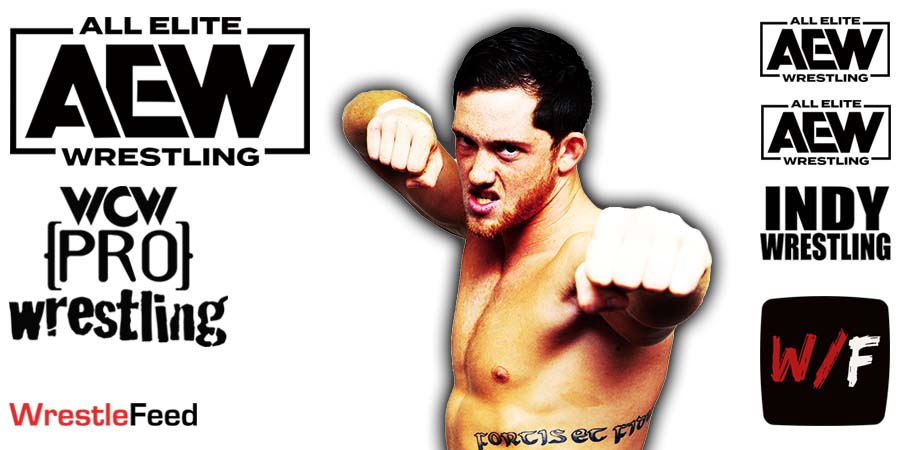 A lot of AEW wrestlers are currently on the injured list and one of them is former WWE NXT Tag Team Champion Kyle O’Reilly.

During an interview on This is VANCOLOUR podcast, Kyle had the following to say about his health and current injury:

“This October, I’ll be wrestling for 17 years now. It’s a lot of bumps, a lot of wear and tear on your body. Fortunately, nothing serious has really happened to me.

I’ve been hurt a lot, I’ve been injured, but I’ve always grinded through, made the date, showed up and performed as well as I can in the ring despite whatever I was nursing.

Sometimes, the medical staff needs to save us from ourselves.

As wrestlers, we’ll go until the wheels fall off. ‘My shoulder is hurt? Okay, I won’t do any moves where I land on my shoulder.’ We’re crazy like that.

I still don’t know all the information, so I don’t want to disclose exactly what is happening with me.

All I can do is, if there is time off, use it to remotivate myself, get in better shape, and come back stronger than ever before.”

Kyle last competed on the June 8th episode of AEW Dynamite, where he lost to Jon Moxley in the Interim AEW World Title tournament.

Also Read: “You’re starting to make your brother sound like the sober one” – Christian Cage To Matt Hardy On AEW Dynamite