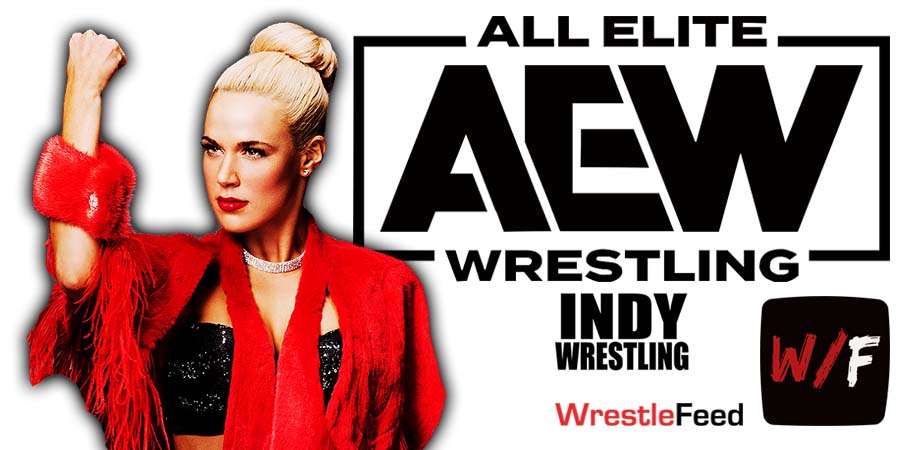 Here’s what Miro, who calls himself “God’s Favorite Champion”, tweeted after his Title loss:

“Me and my God are going to talk.”

Back in August, Miro appeared on the ‘Action Sports Jax’ podcast, where he was asked if Lana will join him in AEW.

“Currently, she’s doing her own thing. It’s not about me. It’s about what she wants to do. She’s been in the business for such a long time and came fresh out of nowhere. I wouldn’t be surprised if she stays in wrestling because there are so many opportunities coming because she’s one of the best.

Outside of wrestling, she could always go because before wrestling, she was something else. My mind is blown if she decides to focus on a different career path how successful that would be.”

“Flyin’” Brian Pillman (sub for Johnny B Badd) vs. WCW US Champion Sting