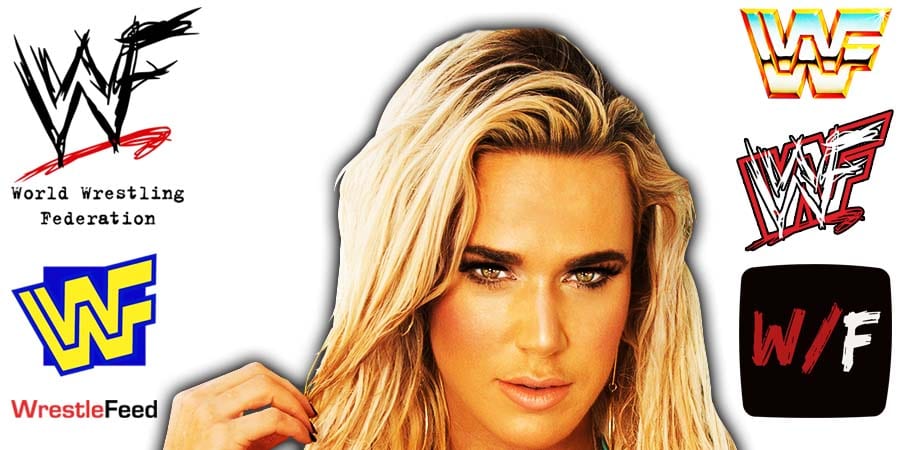 • Lana Reveals What Vince McMahon Texted Her After Her WWE Release

During a recent appearance on Talk Is Jericho podcast, former WWE Superstar Lana was asked if Vince McMahon sent her a text message after her release from the company.

“I did. I got a text. I definitely got emotional about it because it was a slight goodbye for me. He thanked me for my incredible work ethic, and for my unrelentingly desire to be the best that I could be and all the contributions I gave to WWE. So that really meant a lot to me, and I thanked him for everything that he’s taught me because I learned so much.

I’ve learned so much life lessons and performing. I’m incredibly thankful. The hardest part for me, maybe they’ll change this in the future, especially after Mickie and the garbage bag, is the goodbye part. Now it’s changed a little bit. People at least talk to each other. It used to be cut off. I would have liked to maybe give Vince McMahon one last hug goodbye. I want to say goodbye to the writers.

I want to say goodbye to Ray Ray, Ryan Ward, who I’ve worked with for 8 f**king years. He started with my very first promo, and I want to say goodbye to these people. I don’t know if I’ll ever see them again. I texted Ryan Ward, a week afterwards, he’s like, ‘I’m so sorry. I didn’t reach out to you. You never know if people are gonna lash out at creative,’ and I’m like, is that the reason why we can’t go back and give hugs?”

Most Old School fans probably remember him as one half of the Tag Team ‘PG-13’, teaming with his Tag Team partner Wolfie D (Slash in TNA).