– Men on a Mission vs. Barry Horowitz & David Sierra

Below are their match results:

Lars Sullivan posted the following on Twitter regarding these debuts:

Lars went on to delete this tweet. Below is a screenshot: 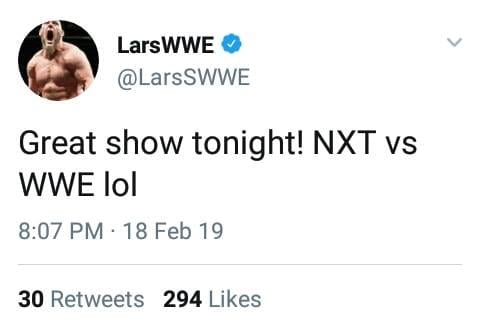 Sullivan was scheduled to debut on the WWE main roster, but still hasn’t because of his “anxiety attack”.