Lars Sullivan posted a SmackDown graphic of him on Instagram and answered a few fan questions.

Who is the first person you’re gonna go after?

“Good question. I’ll make my final decision as SmackDown is starting this Tuesday.”

“Step back, reflect, and put things in perspective. You’ll be ok big fella.”

What are you going to do when you meet Randy Orton in the ring?

“I’m going to step up and try my damndest. I will show you and all the Sullinator’s world wide that if you step up, you can accomplish anything in the world.”

Mr. Sullivan can you beat me up? I don’t want to go to work for a few weeks.

When are you gonna become WWE Champion?

“Within 18 months is my realistic goal.” 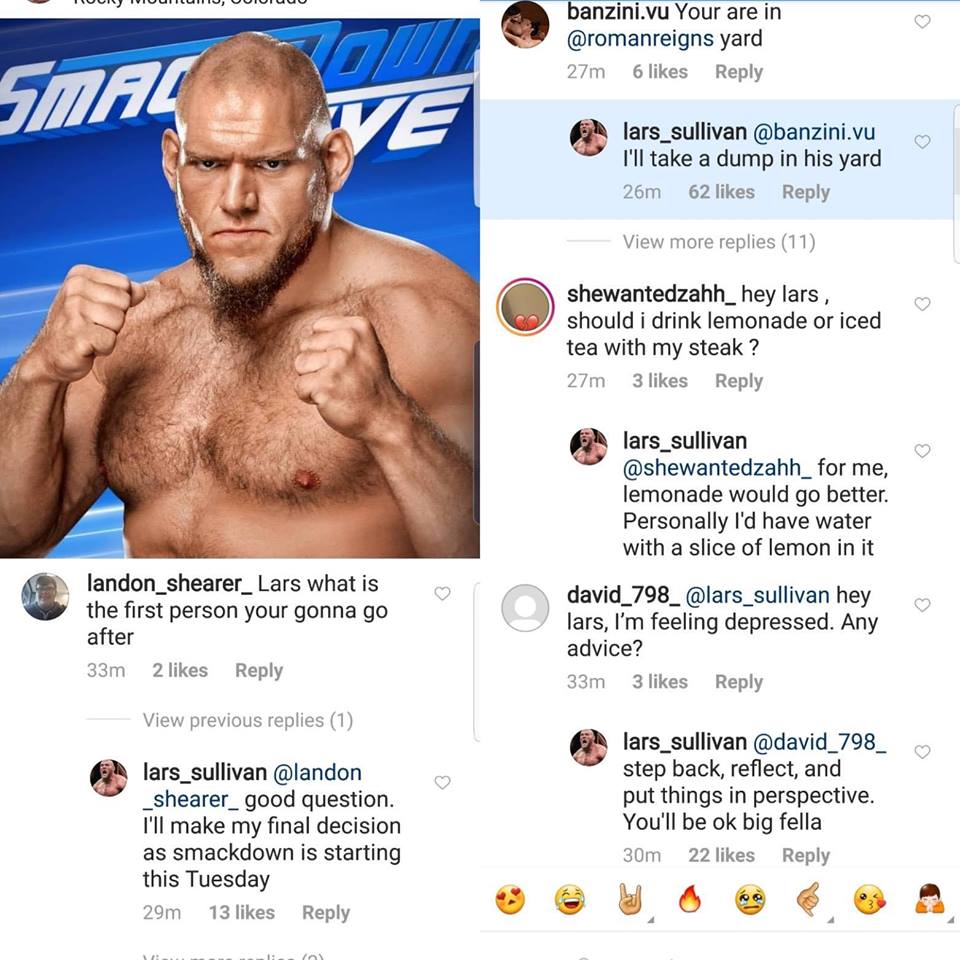