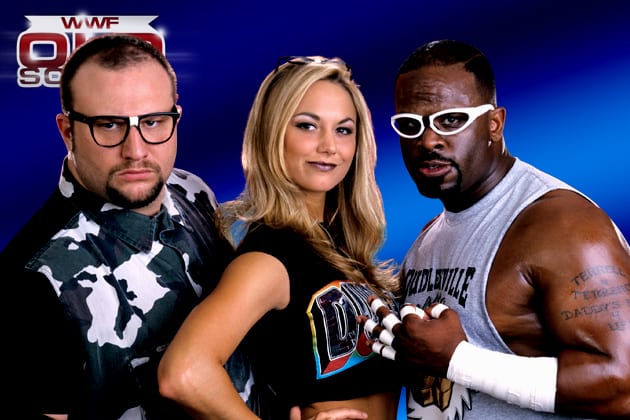 The Dudley Boyz with Stacy Keibler

The Dudley Boyz have been in talks with WWE officials for a while now about returning to their programming, and they are rumored to be the surprise entrants in the Royal Rumble match at the moment (not confirmed).  There were reports last year that one of the two could end up in NXT as a trainer but we haven’t heard anything else about that. Another surprise entrant that the WWE officials want is a multiple time WCW World Heavyweight Champion, Diamond Dallas Page. Officials have wanted to do a program with DDP for a long time now, and it looks like they are finally going for it. If they go with this plan, then lets hope we get to see a confrontation between him & Randy Orton, who is expected to be back for the 30-man Royal Rumble match. It would be great to see the “Diamond Cutter vs. RKO” & interesting to found out if DDP can take some revenge on Orton for stealing his move! The Royal Rumble event will take place on January 25, 2015 at the Wells Fargo Center in Philadelphia, Pennsylvania & will be the 28th annual Royal Rumble pay-per-view and the first Royal Rumble to be aired on the WWE Network.