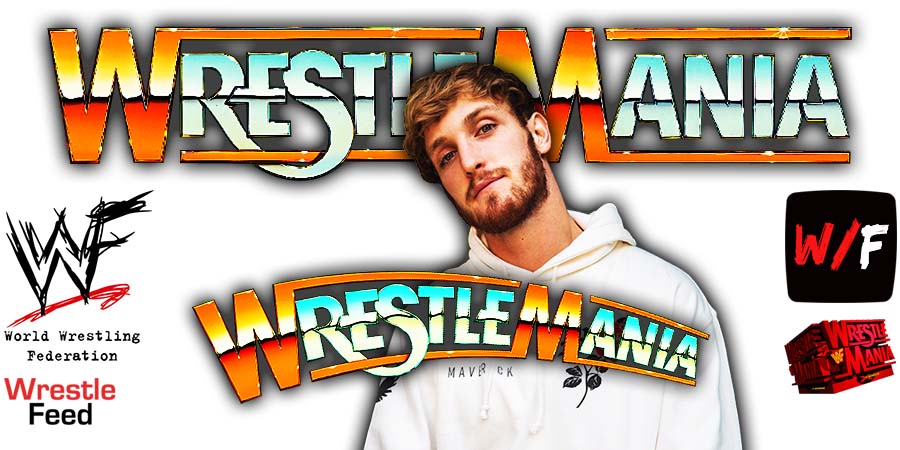 YouTuber & Boxer Logan Paul will team up with former WWE Champion The Miz to take on the father-son duo of Rey Mysterio and Dominik Mysterio at WrestleMania 38 – Night 1.

During an interview with The MMA Hour, Logan talked about his WWE debut match.

On what he wants to do in this Tag Team match:

On WWE wanting him to wrestle at WrestleMania 38:

“I say yes to things that sound kind of fun, and they wanted me to compete at WrestleMania. I like The Miz. I’ve had him on our podcast. We’re both from Ohio and we’ve always just gotten along.”

On his pro-wrestling training:

“I’m going to go to Orlando and get like, proper, proper training there. Like, just learn everything I need to know about taking hits, giving hits, and man, I don’t know. Just fully immerse myself in the sport, like I do with everything that I end up doing.”

On doing Lucha Libre in the past:

“I had a show called ‘Logan Paul Vs’ where I basically put myself in a bunch of extreme scenarios. Logan Paul vs surviving on an island for 48 hours, demolition derby, Lucha Libre was the one that I did.

So Lucha Libre is a little bit different than the WWE style pro wrestling. But, in the same vein of, you know, a big show and high flying moves, it was very hard.

It was very hard for me. And so, I don’t know what’s going to happen. I’m going to give it my all, obviously.”

On this day in 2011 Total Nonstop Action! aired another episode of their weekly TV show ‘TNA iMPACT! Wrestling’.

This episode took place at the Crown Coliseum in Fayetteville, North Carolina and featured matches, interviews & storyline segments on the road to the TNA Victory Road 2011 PPV.