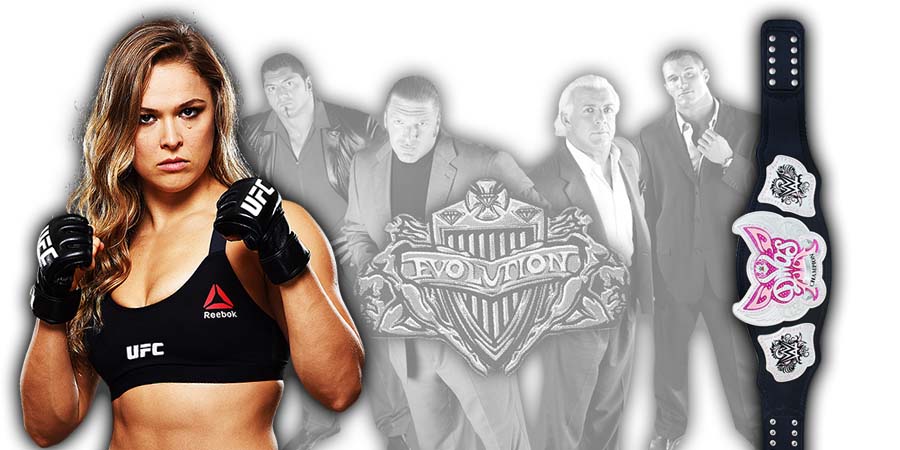 This episode featured pre-taped matches & storyline segments on the road to ‘Starrcade 1988’.

According to the Wrestling Observer, RAW Women’s Champion Ronda Rousey vs. Nikki Bella is expected to be the main event for the upcoming all-women’s PPV, WWE Evolution.

That’s most probably the reason why Nikki Bella (and Brie Bella) returned to WWE TV on last night’s SummerSlam 2018 PPV and were ringside for Ronda Rousey’s match against Alexa Bliss (and later even celebrated with Ronda).

The reason why WWE officials want Ronda & Nikki to face each other is that these two women are the biggest female stars of WWE and their clash can result in WWE getting a lot of mainstream media attention.

As of this writing, WWE has officially confirmed only one match for WWE Evolution PPV – Trish Stratus vs. Alexa Bliss.