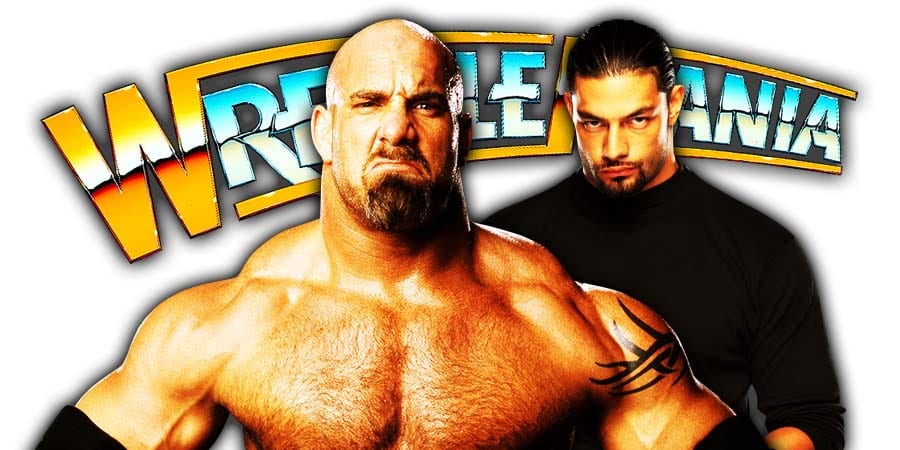 Dave Meltzer of the Wrestling Observer reported that “The Fiend” Bray Wyatt vs. Roman Reigns for the Universal Championship and John Cena vs. Elias are no longer scheduled to take place at WrestleMania 36:

“The way I had it listed the main event is no longer on the card.

A lot’s changed. The only two matches that I’ve written about that have changed and I was told that they were changed are Bray Wyatt & Roman Reigns and John Cena & Elias.

I believe there are four or five matches that have been changed.”

To add more fire to this speculation, Brad Shepard is reporting that Goldberg is now fully expected to have a match at WrestleMania 36 in April.

With all these updates, and whether Goldberg wins the Universal Title at Super ShowDown 2020 or not, it looks like we’re getting Goldberg vs. Roman Reigns either way at WrestleMania 36.