Bonus News: The Ultimate Warrior Was Supposed To Have A Match At WrestleMania 30? During a recent edition of “Conversations with the Big Guy” podcast, former WWE Superstar Ryback talked about how the early plan for WrestleMania 30 was for him to face The Ultimate Warrior. Below is what he said: “Mark Carrano actually had showed me the WrestleMania card early. They kind of have an idea of what they want to do, obviously, ahead of time, and they had on it Ryback versus Ultimate Warrior. And I just said, ‘cool.’ But, in my head, at the time, it was during my heel deal, that first one, where it probably wasn’t gonna be a favorable position for me as far as all that. 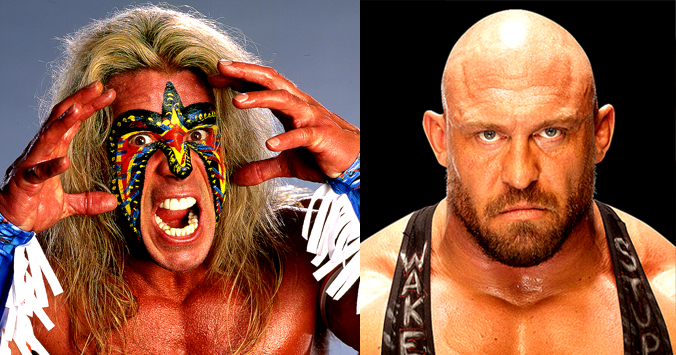 Ultimate Warrior vs. Ryback was considered for WrestleMania 30

But I was excited, because I figured it was his one last moment in WWE. So, I thought it would be really cool. I didn’t think I would necessarily be the right guy for that, because I didn’t know anything about him. I didn’t know what kind of shape he was in, if he could wrestle or not, but I 100 percent would have done it, because I did everything that they asked me there.”