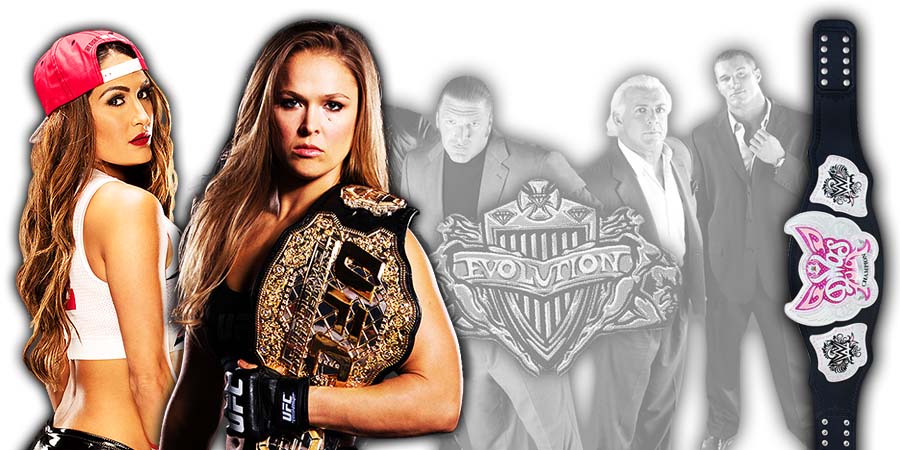 Today would have been the 67th birthday of Old School WWF Veteran “Iron” Mike Sharpe.

Sharpe wrestled during the 70s, 80s & 90s and was referring to himself as “Canada’s Greatest Athlete”.

He’s widely considered the #1 greatest ‘Jobber To The Stars’ in World Wrestling Federation history, ranking even above other famous jobbers like The Brooklyn Brawler & Barry Horowitz.

In what might be a spoiler for tonight’s WWE Evolution PPV, Ronda Rousey isn’t expected to lose the RAW Women’s Championship anytime soon.

Word going on is that Rousey will most likely head into WrestleMania 35 as the RAW Women’s Champion and with Roman Reigns possibly missing next year’s WrestleMania, there’s a pretty strong chance WWE books the first ever women’s match in the WrestleMania main event with Ronda Rousey in it.

Below is the match-card for tonight’s WWE Evolution PPV:

20 Names have been announced for the Battle Royal and you can check them out below: